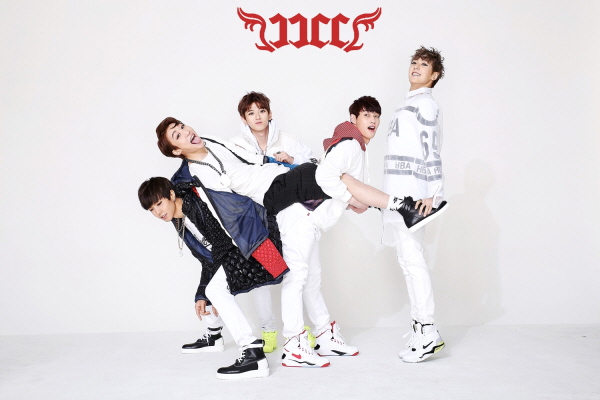 In a photo unveiled by JJCC on its official Twitter on January 6, the boys show their cute sides by playfully posing together and expressing different facial expressions at the camera. They are also in great excitement for their upcoming comeback as they tweeted: “Fire, fire, fire up the music industry, fire up the hearts of women, let’s eat well, play well and live well in 2015.”

JJCC is set to drop a new song on January 14 along with other promotion activities. In the forthcoming album, the group will be changing its powerful and masculine image to an adorable one.

“As JJCC has gone through an extreme transformation, this will become their turning point as singers. We’ve prepared JJCC’s unique color with new charms and wild performances that we haven’t showcased until now, so please show your interest,” JJCC’s agency said.

Hollywood star Jackie Chan is a long-time fan of K-pop. After witnessing Kpop’s great potential and development, he formed JJCC in March 2014 and personally manages it.