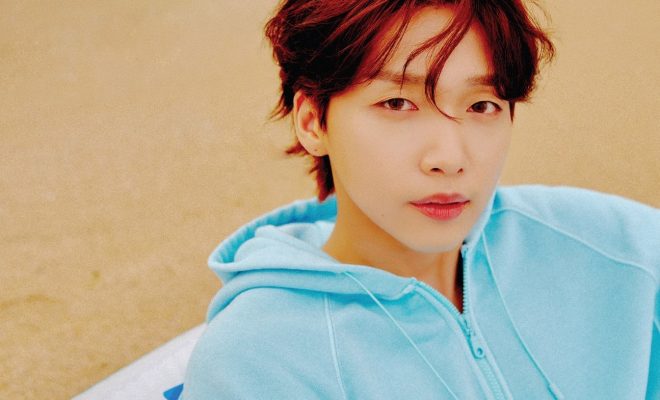 Jeong Sewoon is bringing the summer in through his first concept pictures.

Jeong Sewoon shared his hard work during his special 24-logs, as well as revealed the first teaser images for 24 Part 1. 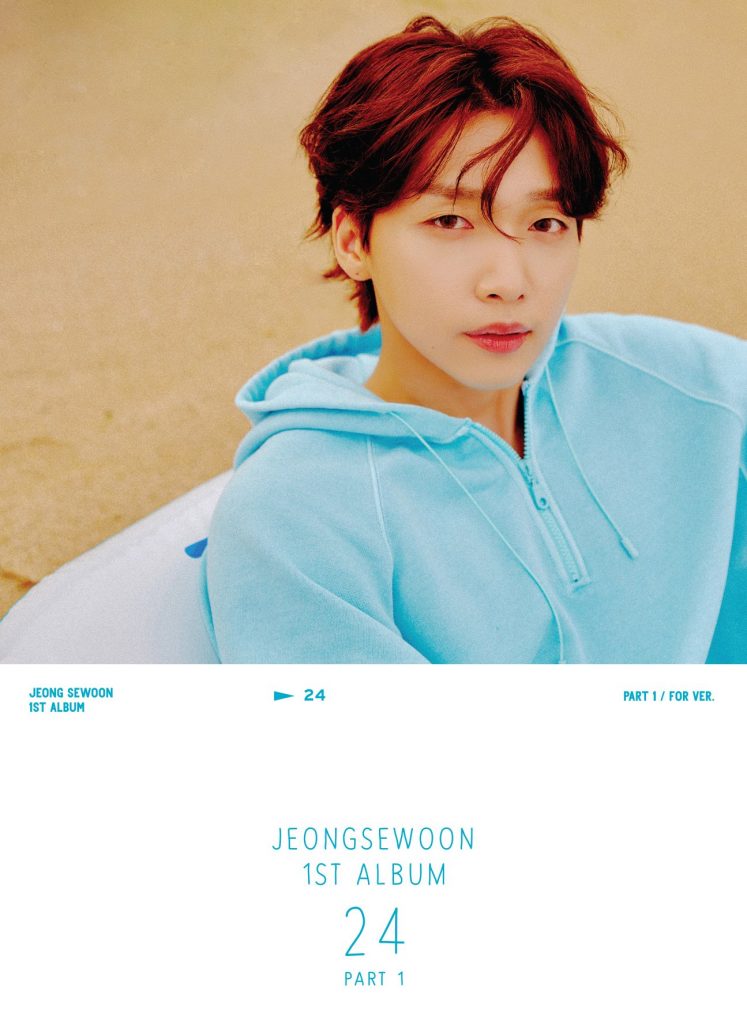 On July 5, Sewoon revealed two concept photos, each representing a different version. In addition, the summer feeling is visible in both images.

He wears light blue hoodie in the first version (For), inevitably charming with his dashing looks. Meanwhile, in the “To” version, Sewoon poses with a beach umbrella, giving a more playful vibe. The brightness emitted from both images raised expectations for Sewoon’s summer comeback. 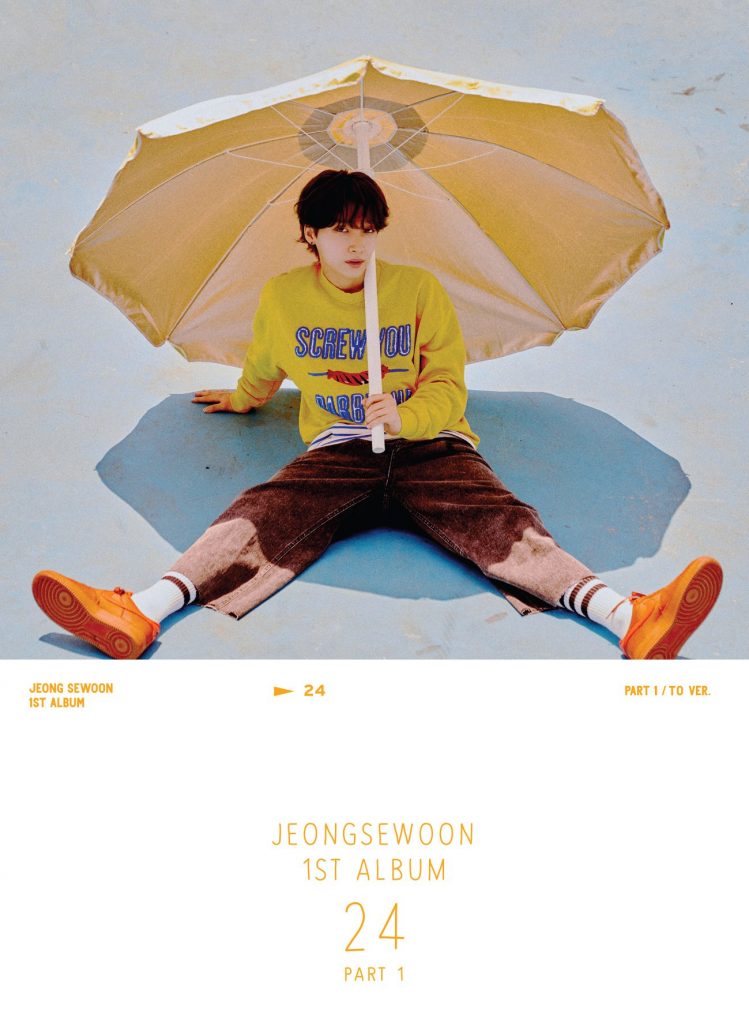 Previously, the singer-songwriter revealed the track list for his album 24 Part 1, as well as a special week-long 24-log. During those special videos, Sewoon showed his improved production skills as well as his passion towards the new album.

At the album conference, the artist shared that 24 Part 1 includes a lot of self-written songs. Moreover, he presented the concept and ideas, showing his diligence towards his musical work.

“I am currently 24 years old and that reminded me of 24 o’clock. In digital numbers that is 00 o’clock.” The singer shared how that brought the idea of an album which he can do right now, at this time. “It’s the idea of a full-length album, a new beginning, a feeling of a start..”

Sewoon also shared how at first, the work took a lot of strength. “We got together and tried a lot of things.” He also expressed his resolution to continue writing songs.

In particular, brief parts of the melody and vocals from the new songs were shown during the 24-logs, leaving a strong impression. Also, singer songwriter Park Moon Chi’s voice made an appearance. The two artists talked about the song they are collaborating on which further raised curiosity.

More teasers will continue to be revealed prior to the release of the album. Another photo teaser is just around the corner and will be followed by various album previews.