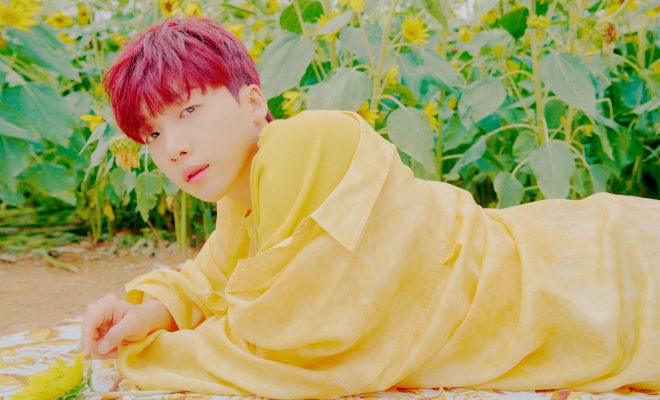 Smiles are in order as Jeong Sewoon revealed the tracklist for his summer album.

Jeong Sewoon began the countdown for his album 24 Part 1 and the first revealed teaser was its tracklist. 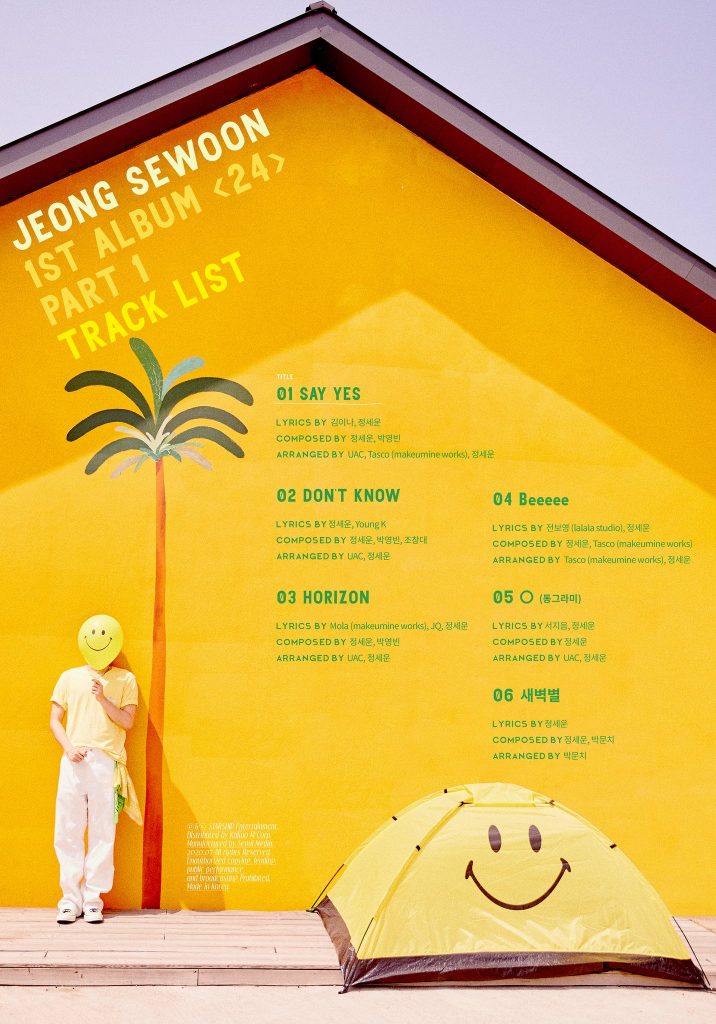 The singer-songwriter shared the tracklist for his first album 24 Part 1. The image included the songs written on the outside wall of a house, with a tent pulled up in front of it.

In addition, a person, most likely the singer himself, stood under a drawn palm tree with a smiling balloon covering his face.

The bright image matched perfectly with his previous photos which were used to announce his comeback and schedule.

Moreover, the album consists of six songs with “Say Yes” serving as the title track. Living up to his singer-songwriter title, Jeong Sewoon actively participated in the creation of the whole album.

Another thing capturing fan’s attention is the inclusion of DAY6’s Young K’s name in the song credits. As revealed in the tracklist, the two artists worked together in writing the lyrics for the song “Don’t Know”, which raises expectations more.

In addition, the singer also worked with names such as Lalala studio, who have worked with artists such as EXO, NCT 127 and NCT U, MONSTA X, Red Velvet, MAMAMOO, and more.

Another big name is Makeumine Works. They contributed to TWICE and Baekhyun’s latest albums, as well as for ASTRO, Cravity and many more.

The album is already peeking at the interest of fans, whose curiosity keep on rising with each teaser release. Previously, the singer revealed the schedule for his comeback. Following the tracklist, he will be revealing a week-long 24-log series.

Meanwhile, Jeong Sewoon will be releasing his album 24 Part 1 on July 14.

Hellokpop, as an independent Korean entertainment news website (without influence from any agency or corporation), we need your support! If you have enjoyed our work, consider to support us with a one-time or recurring donation from as low as US$5 to keep our site going! Donate securely below via Stripe, Paypal, Apple Pay or Google Wallet.
FacebookTwitter
SubscribeGoogleWhatsappPinterestDiggRedditStumbleuponVkWeiboPocketTumblrMailMeneameOdnoklassniki
Related Items24jeong sewoonSay YesTWENTY FOUR정세운
← Previous Story Hwasa Adds Mischief To The Macabre In The Latest Teaser For “Maria”
Next Story → SF9’s Taeyang, Hwiyoung, And Chani Captivates With Their Cool And Charismatic “9loryUS” Teaser Photos