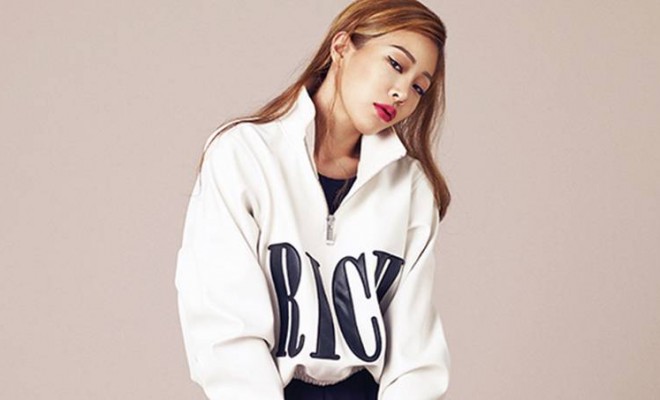 Jessi Shouts “I Want To Be Me” For Her New Single

By Community | May 5, 2015
29
SHARES
FacebookTwitter
SubscribeGoogleWhatsappPinterestDiggRedditStumbleuponVkWeiboPocketTumblrMailMeneameOdnoklassniki

She might be an ‘Unpretty Rapstar’, but Jessi is definitely pretty inside and out!

She has touched the hearts of fans after her single release of I Want To Be Me, which she was able to show her powerful vocals and beautiful singing talent, but now, she has increased the sentimentality with the following music video release.

The MV was a compilation of her while she was performing at the ‘Unpretty Rapstar’ concert. Some backstage scenes were also seen, with Jessi showing a different and charming side as she had fun at the studio. This side of her is not what we can always see, as she was a participant of a very competitive program.

The song is about Jessi wanting to show the real her, with or without the spotlight shining down on her.  It is no surprise that a lot of people are touched, and loved the song and singer more.