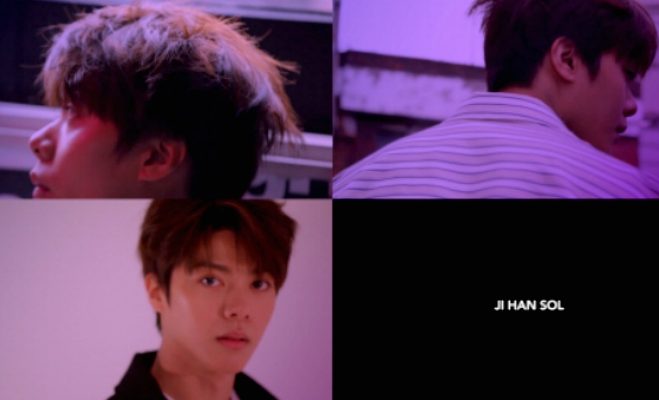 After Kijung, Ji Han Sol took the baton next for UNB’s album trailer relay — captivating fans with his stunning visuals and deep gaze.

UNB revealed the trailer on March 27, following the release of the fanservice special teaser of its track “Only One”. Before unveiling his trailer, Han Sol greeted fans via a V Live broadcast.

Han Sol displays a dreamy atmosphere in the first seconds of the trailer. He is sitting down while calmly eating a strawberry. But the atmosphere gradually shifts. The calmness which is portrayed in the first half turns into urgency where he is seemingly running away.

Similar with Kijung’s trailer, Han Sol also shows another side of himself in the latter seconds of the video. Donning a black and white outfit, he allures fans with his deep and penetrating gaze. 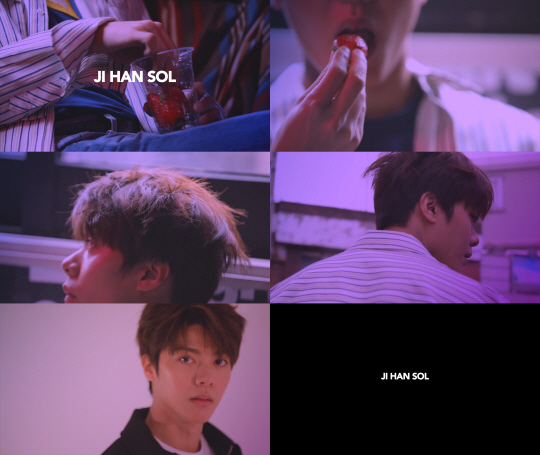 UNB continues to surprise fans as its debut date gets closer. Aside from the album trailer relay, the boy group sneaks in surprise releases such as the fanservice special teaser of “Only One” which was also released on March 27.

Still, the unpredictability of UNB contributes to the excitement as it builds anticipation as what is to come.

UNB will make its debut on April 7 with album Boyhood, which is led by two title tracks “Only One” and “Sensation”.