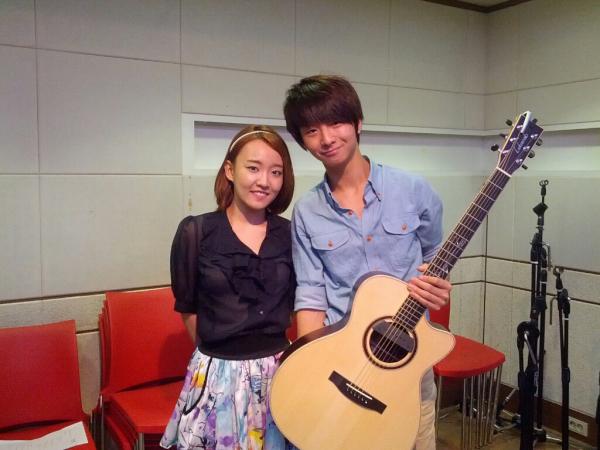 Young talented guitarist Jung Sungha made an appearance on Younha’s Starry Night a month ago.

A video of Sungha and Younha was uploaded via his YouTube channel. The two of them performed Sung Si Kyung‘s Two People together. Their cover has given a new different vibe from the original version, because of Younha’s soft vocals along with the beautiful melody played by Sungha.

Additionally, Sungha has also performed with 2NE1 on YG ON AIR.

We need your support! If you have enjoyed our work, consider to support us with a one-time or recurring donation from as low as US$5 to keep our site going! Donate securely below via Stripe, Paypal, Apple Pay or Google Wallet.
FacebookTwitter
SubscribeGoogleWhatsappPinterestDiggRedditStumbleuponVkWeiboPocketTumblrMailMeneameOdnoklassniki
Related Items2NE1Jung SunghaTwo PeopleYG ON AIR. sung si kyungYounhayounha's starry night
← Previous Story SHINee’s Taemin to release solo OST single
Next Story → Magolpy releases single ‘Leave My Love’