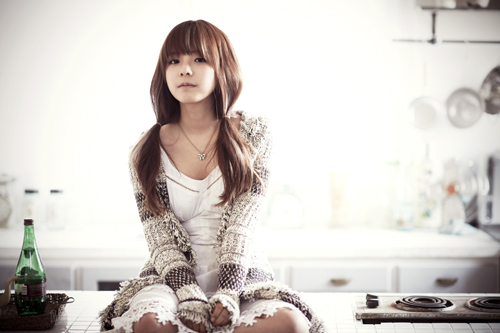 Juniel will win the rookie award for 2012 MAMAs?

There is speculation that Juniel will be the winner for the rookie award for 2012 MNet Asian Music Awards (2012 MAMA). Currently (November 26), the voting polls show that Juniel, who has been receiving a lot of attention for Bad Person, is number 1 for the female rookie award.

Leaving 4 days until the end of the online voting, Juniel is currently receiving 37.3% of the votes and currently number 1  despite the fact that she is going against other powerful female artists such as Ailee, SPICA, AOA, and many others. Debuting with Illa Illa in June this year, she has continued to maintain the top spots on music charts for at least 20 weeks consecutively. Continuing with her music activities, on November 20, she revealed her newest song Bad Person and is drawing more attention for being a singer songwriter.

Juniel stated, “It is true I kind of want the award since the rookie award can only be received once when you start the career but more than anything I just want to show the fans a side that I just enjoy being on stage to perform for them.”

With her song Bad Person from the album 1&1, she is busily promoting her song performing on various stages. 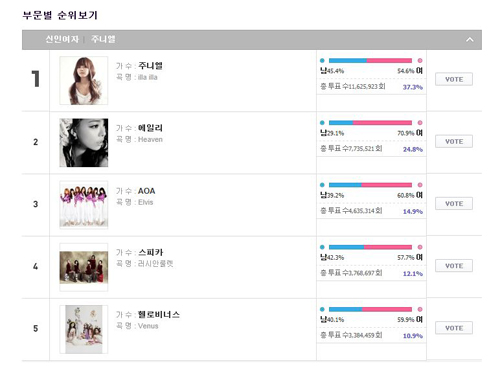