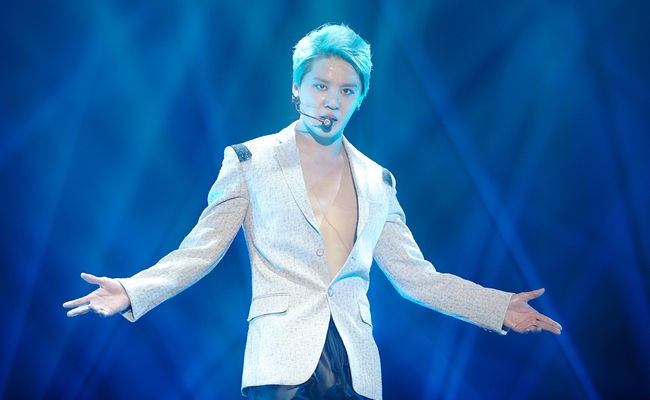 JYJ’s Junsu successfully wrapped up his concert in Fukuoka.

On 2 April, Junsu’s agency, CJES expressed: “On 31 March and 1 April, Junsu who held his 2015 XIA 3rd ASIA TOUR CONCERT IN JAPAN ‘FLOWER’ at Marine Messe Fukuoka had gathered an estimated of 10,000 fans, he had also revealed a special stage for this Fukuoka concert, the atmosphere of the venue was raised to the peak.”

During the concert, Junsu talked about Jaejoong’s army enlistment: “I contacted him in the morning and he told me he was going to go like a man. I believe he will come back cooler. I will sing a last song (for his enlistment) for Jaejoong hyung”, he then performed Love In The Ice in unison with the fans.

Junsu will hold his final stop at Nagoya on 7 and 8 April, and his encore concert at Seoul Jamsil Indoor Staidum on 18 and 19 April.