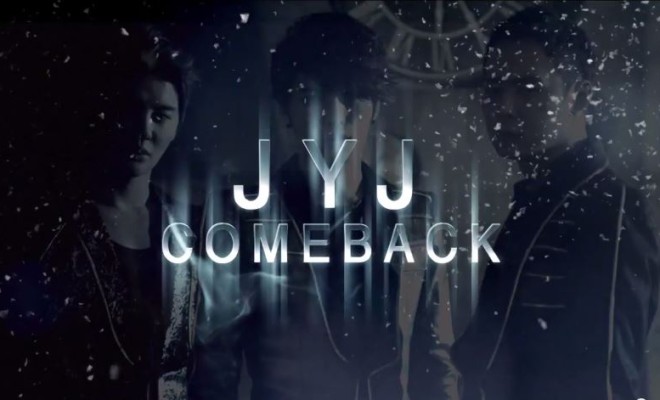 JYJ plans comeback: ‘The Return Of The King’

C-JeS Entertainment posted a short teaser on their YouTube channel, which starts out with the word “July”. Many sources were originally anticipating a comeback in the second half of the year.

JYJ’s last full album, In Heaven was released in 2011, since then the members mainly focused on their solo careers, with Junsu becoming one of the most acclaimed musical actors of South Korea, while Yoochun and Jaejoong successfully branched out into acting.

Junsu is currently starring as Dracula in the musical of the same title, from July to September; Jaejoong’s MBC drama, Triangle is on air until mid-July and Yoochun recently finished his fan meeting in China.

The members, except for Junsu, are expected to start their compulsory military service after the album promotion cycle ends.

Check out the teaser below and let us know in the comment field what you think about JYJ’s comeback!