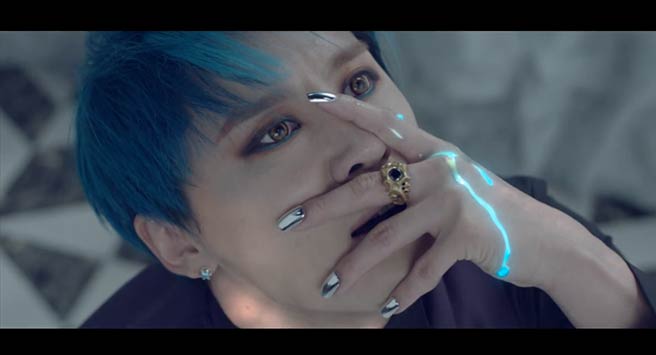 After a hiatus of almost 2 years, Junsu, who also goes by the stage name of XIA, has finally made his solo comeback with an artistic music video for his song Flower.

The video was uploaded onto JYJ‘s official YouTube channel on March 3, showing various jaw-dropping scenes from a magnificent robotic head to a cup of melted gold. It displays a total different world in which Junsu is the king who used to have an obsessive past and now hasto face the rebellion from his own warriors. The soloist shows off various impressive looks with his outstanding blue hair and unique silver nails, accompanied by several stunning outfits.

Flower is written by the JYJ member himself with the rap part being written by Epik High’s Tablo, containing not only powerful hip hop beats, but also gentle instrumental sounds. Tablo’s perfect rapping and Junsu’s passionate singing together make for an incredible song.

We need your support! If you have enjoyed our work, consider to support us with a one-time or recurring donation from as low as US$5 to keep our site going! Donate securely below via Stripe, Paypal, Apple Pay or Google Wallet.
105
SHARES
FacebookTwitter
SubscribeGoogleWhatsappPinterestDiggRedditStumbleuponVkWeiboPocketTumblrMailMeneameOdnoklassniki
Related ItemscomebackEpik HighFlowerJunsuJYJmusic videosoloistTabloXIA
← Previous Story JYJ’s Jaejoong to Hold Fan Meeting in Seoul
Next Story → Super Junior’s D&E Drops Two MV Teasers for “Growing Pains”