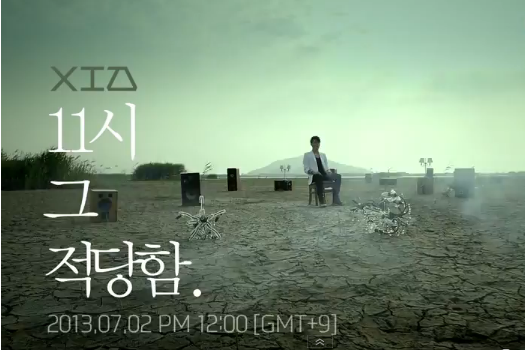 After releasing a teaser image, JYJ‘s Junsu (XIA) has released a teaser music video titled 11 am for his upcoming second album.

The 17 second video teaser shows Junsu in a dry land, surrounded by smoke. We can hear a part of his song in the teaser which sounds like it’ll be a sad song. C-Jes Entertainment gave a short description about the song, “Before releasing the 2nd full-length album, the special clip teaser of XIA (Junsu)’s new song ’11am’ is introduced exclusively here. You can enjoy the special live by XIA (JUNSU). Don’t miss out~”

The full music video will be released on July 2. Check out the MV teaser below: