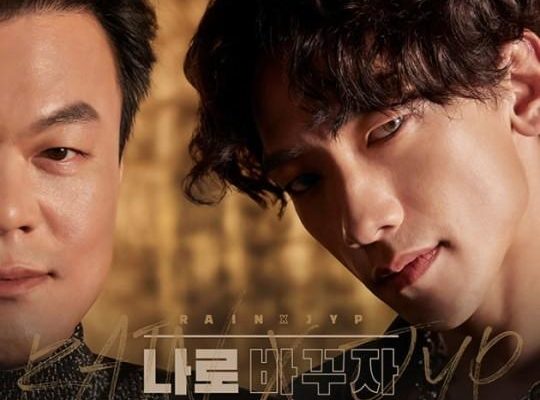 JYP And Rain To Unveil Their First Performance Of “Switch To Me” At The “2020 MBC Gayo Daejejeon: THE MOMENT”

JYP And Rain will perform their collaboration track “Switch To Me” for the first time ever during the 2020 MBC Gayo Daejejeon: THE MOMENT! 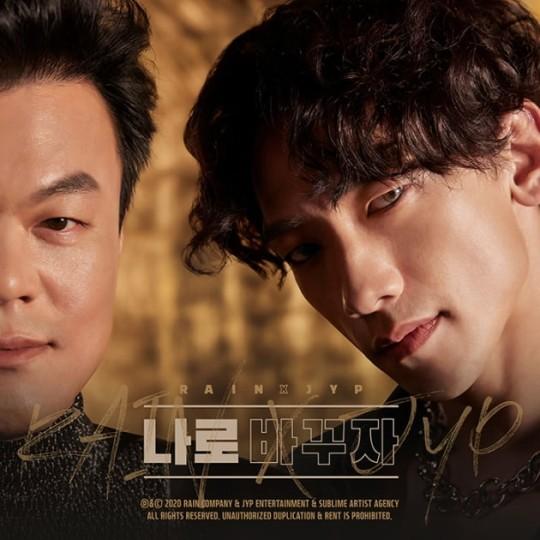 In this collaboration, the pair revive the dance genre of the “New Jack Swing” from the ’90s. Featuring strong analog sounds and an 8-bit rhythm, the track expresses the story of two men who fight over a woman. JYP wrote and composed the lyrics himself.

Expectations are high for the release, following teasers exhibiting their performing chemistry. The key-points of the collaboration are its catchy melody, as well as its choreography. The dance shown in the music video incorporates trends of the ’90s, which includes popular dances and moves such as the “Rabbit Dance” and the “Running Man”.

Prior to this collaboration, JYP gained praise and attention for his work with soloist Sunmi. The artists paired up to release “When We Disco”, a fun nod to the ’80s. Now, JYP continues his passion for retro-inspired releases with “Switch To Me”, featuring performance-pro Rain.

Expectations are high for the first stage performance of the collaboration. Rain previously trained under JYP Entertainment and following his departure, the artist has established a strong reputation for his stage charisma and dance skills. Meanwhile, JYP remains active in the performing scene despite his busy schedules within his agency.