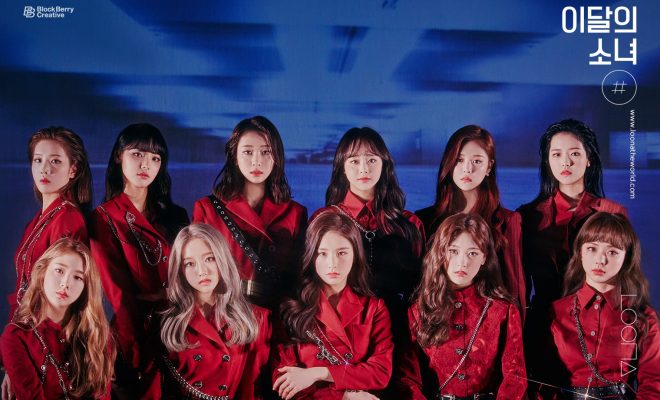 For their fifth EP, LOONA asks their beloved Orbits to set fire to the moon—all while testing the limits of their sonic diversity through retro-inspired beats and catchy dance tracks.

On February 5, LOONA marked a fiery return to the music scene with their fifth EP, [#]. Boasting different forms of their sound, this comeback truly showcased the members’ skills in producing retro, dance, and slow songs while retaining their harmonic vocals. 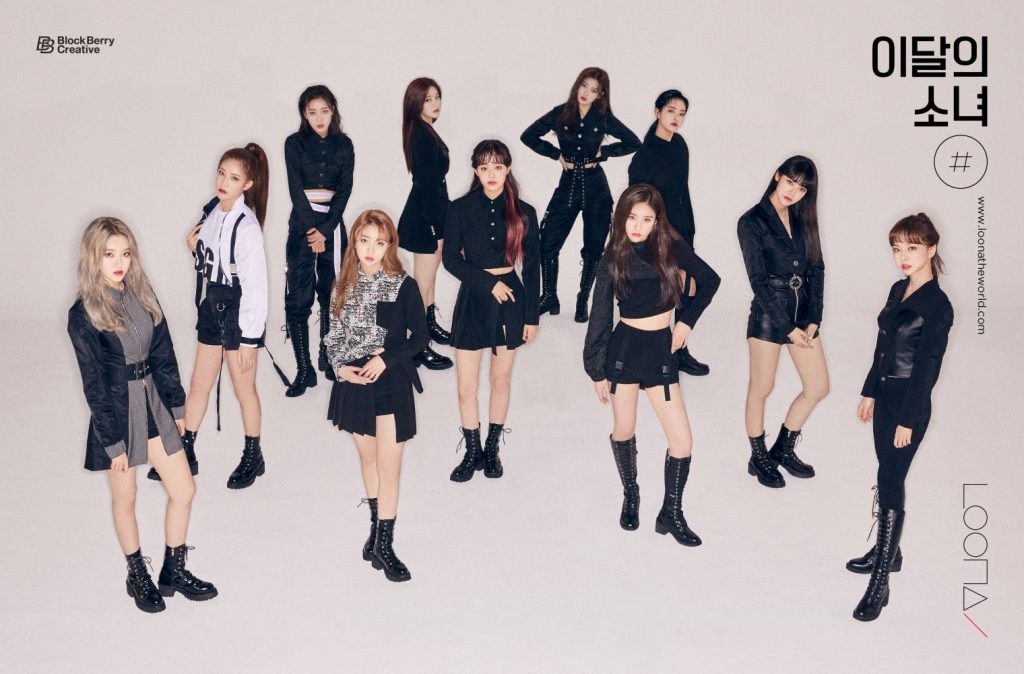 With a title track that expressed the message of breaking out of societal pressures and testing the limits, LOONA’s return to the music scene highlights their girl crush charm—all while conveying a beautiful message for all of their listeners.

The excitement for LOONA’s new music began on December 10, when a teaser for the track “365” was released on their social media accounts. The track, which was later revealed to be a pre-release track for their [#] album, was released three days later— topping iTunes charts in over 20 regions upon its release.

After that, LOONA released two more teasers—the second of which announced the album release date of February 5. The first teaser generated buzz as it featured Heejin floating in the sky and climbing up. The second teaser, meanwhile, featured the progression of an eclipse.

Promotions for their album kicked into high gear with the release of the first set of individual member photos from January 14 to 19. Their first set of teaser photos featured the members decked in red, reminiscent of the teaser photo announcing their plans to release a new album. 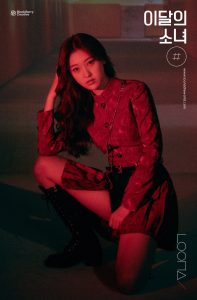 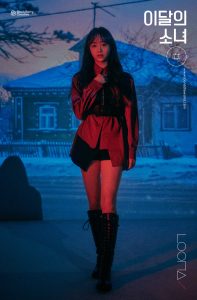 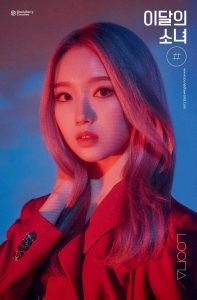 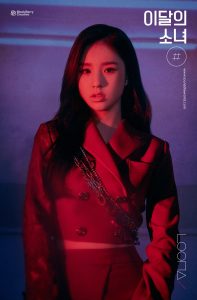 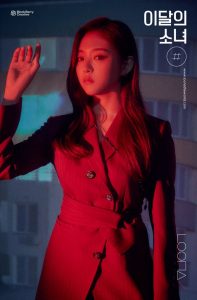 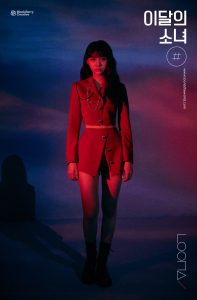 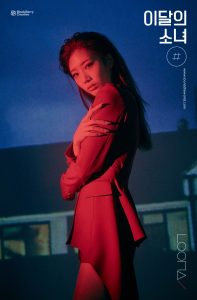 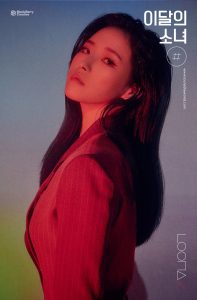 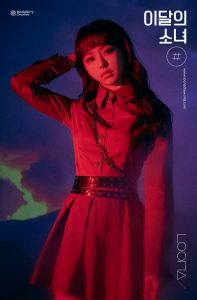 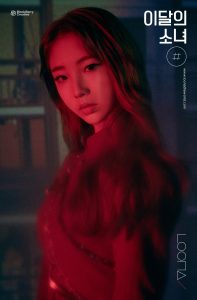 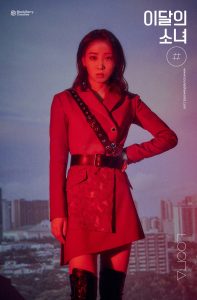 Three days after, LOONA released a third video teaser for the album. This teaser featured the words “the back of the moon” flashed across the screen in red letters, and different members with their backs to the camera in different settings. The teaser seemed to hint at the rebellious streak which would be present in the music video.

From January 24 to 27, a second set of individual member photos was released through their social media accounts. For this set of teasers, the members were decked in black and white outfits—all while putting their fiercest expressions and game faces towards the cameras. 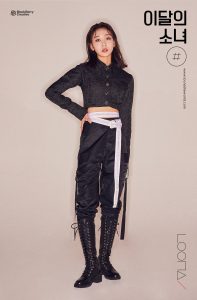 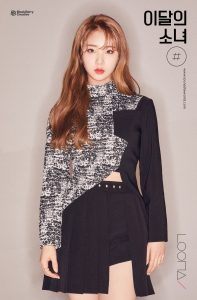 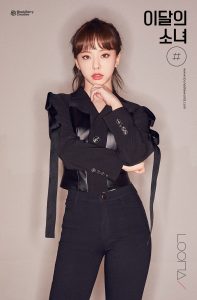 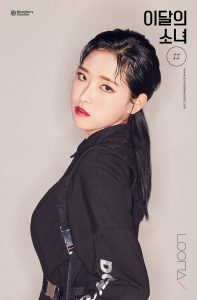 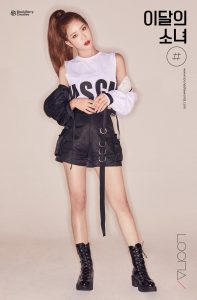 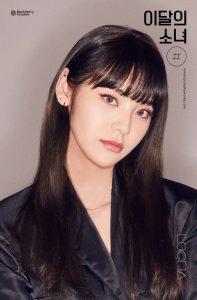 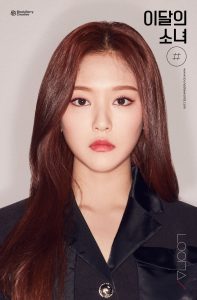 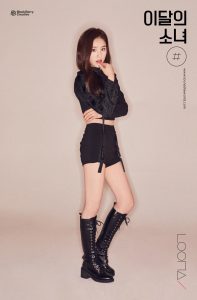 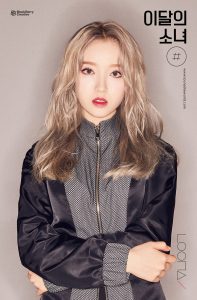 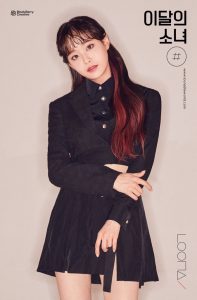 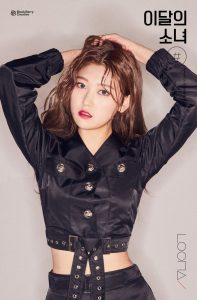 Capping off their countdown to their new album was a video teaser titled “To all LOONAs around the world”, which featured a voiceover that explained how the moon gets its light from the sun and orbits around the moon—and raises the query about no one seeing what is at the back of the moon.

On February 1, a highlight medley for the tracks to be featured on [#] was unveiled online. Days after, the group capped off their parade of teasers by unveiling a music video teaser for “So What”.

Although [#] contained only six tracks, it showcased a wide variety of sounds through each track. The first track, “#”, is a one minute intro that sets the tone for the rest of the album. The track masterfully mixes elements of EDM and Dubstep, making it a powerful track to begin the EP on.

“So What”, meanwhile, showcases a brand new dimension to LOONA’s already diverse sound. Matching the power of their first track, the title track easily becomes a catchy dance anthem for anyone listening as it opens with a harmonic “I’m so bad” line and rap verses from Kim Lip, Heejin, and Hyunjin.

Their third track, “Number 1”, takes things slow with its smooth instrumentals and vocals. The light synth beats in the instrumental, combined with the group’s harmonic vocals, come together well to produce a track that takes their listeners through a dreamy and almost retro soundscape.

Keeping things on a light note is “Oh (Yes I Am)”, which manages to strike the balance between a retro sound and modern dance beats. Its chorus draws on a bright and playful vibe, thanks to the chord jabs mixed in the instrumentals. This was one of the standout tracks in the EP, thanks to its funky and experimental sound.

Leaning more towards a dance sound is “땡땡땡 (Ding Ding Ding)”, which highlights the unique mix of sounds contained in this EP. Easily one of the tracks that can be put on repeat, “땡땡땡 (Ding Ding Ding)” features a perky instrumental, snappy synth beats—all topped off with a sweet yet harmonic vocals from the group.

Finally, “365” draws the EP into a lullaby-like yet strong close. Their final track is a harmonic ballad, which may seem like an overdone concept for most listeners, but further highlights LOONA’s dedication to exploring new sounds—and adding their fresh sound to a genre that seems overused.

“So What” MV Afterthoughts

Matching the title track’s electric energy, the “So What” music video highlights LOONA’s dynamic performances and striking style. The video’s theme places individuality and rebellion at the forefront, with a voiceover that asks people to reveal their hidden side—alongside images of them setting fire to the moon.

The track features a lot of bright reds and baby blues—all of which highlight the girls’ powerful and synced up choreography. Dressed in stylish leather outfits, the music video places the powerful dance at the forefront: which matches their powerful title track perfectly.