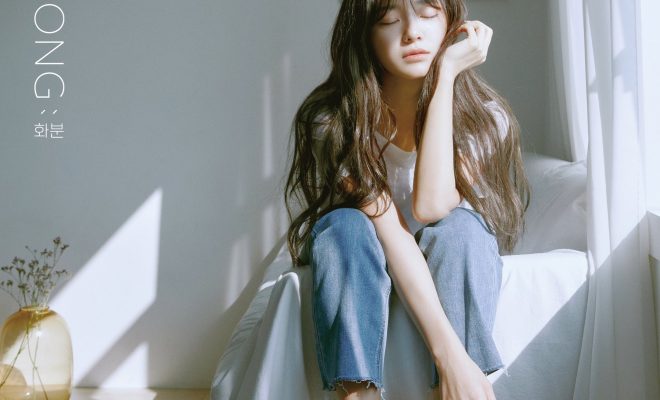 For her first ever mini album, Sejeong cultivates warmth and tenderness while demonstrating in literal context the heartfelt lessons about life.

Sejeong marked her comeback on March 17 with her first mini album Plant. Flaunting five songs, the artist’s latest endeavor sincerely displays her genuine and outspoken feelings as she participated in the four tracks in the album.

On March 2, Sejeong dropped her first teaser image for her upcoming comeback through gugudan’s official Twitter account. She released a minimal photo of a hand holding a crystal ball which resembles a raindrop. 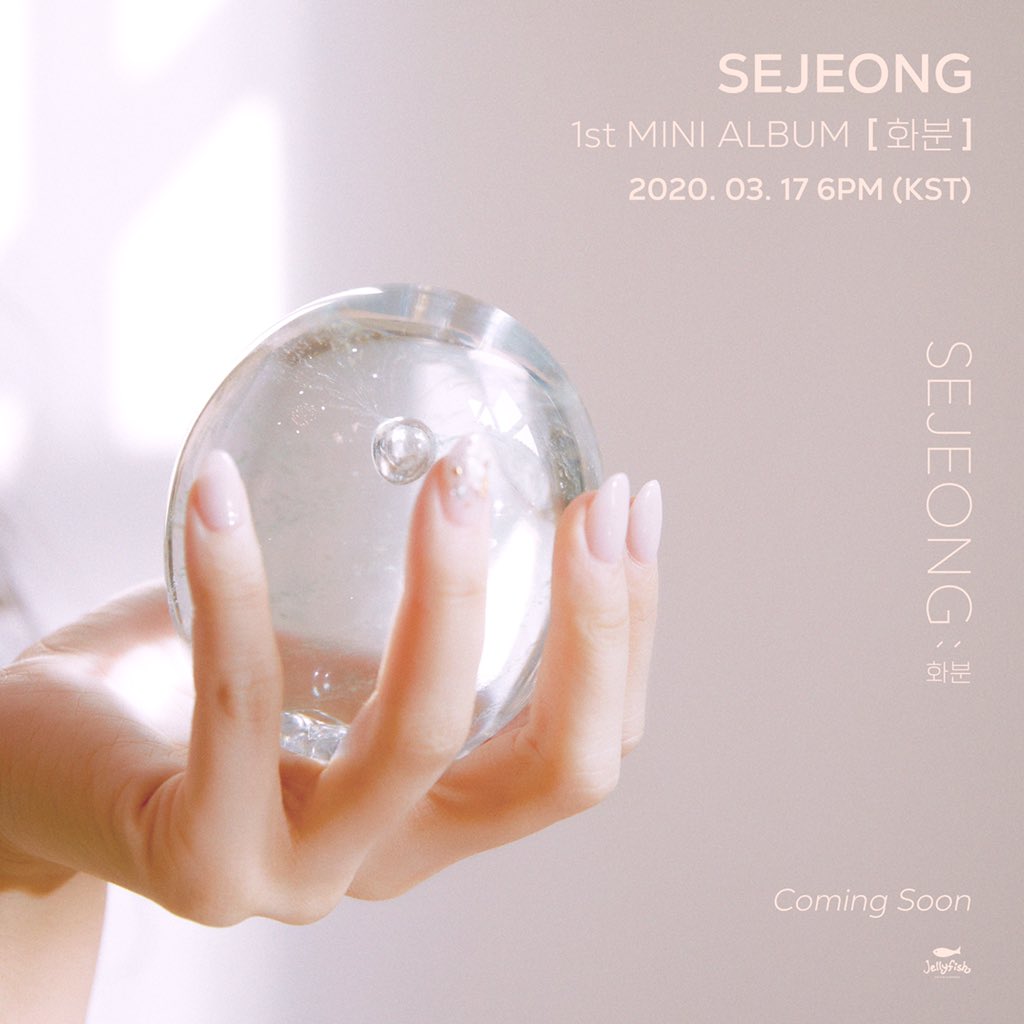 Accordingly, on March 4, Sejeong unveiled the first official teaser photos for her solo project. The two images visibly radiate a dewy ambiance which highlight Sejeong’s genuine and refreshing visuals. On the same day, she dropped two more official teaser photos. The feeling of comfort and the morning coziness is recognizable in the images released. 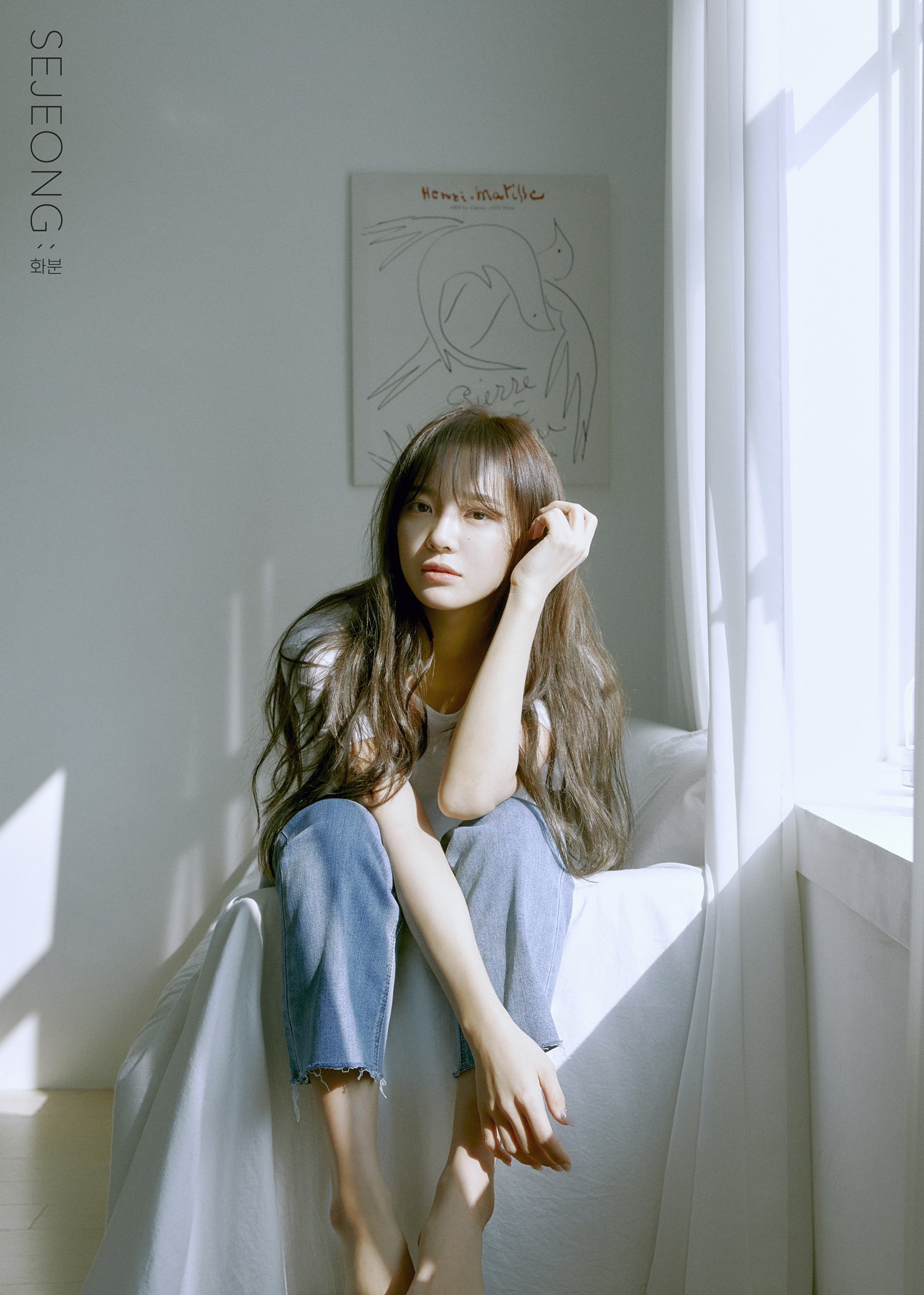 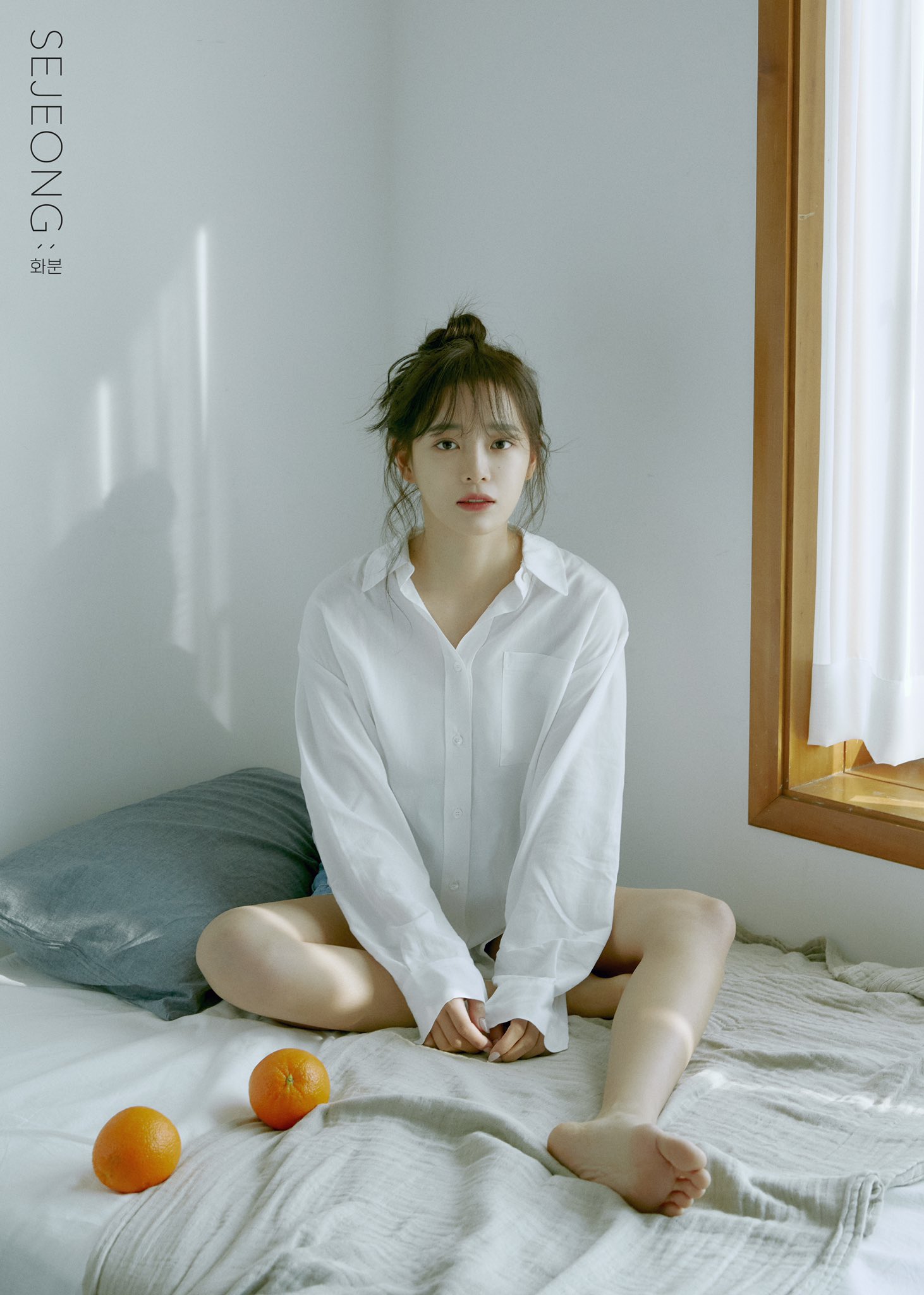 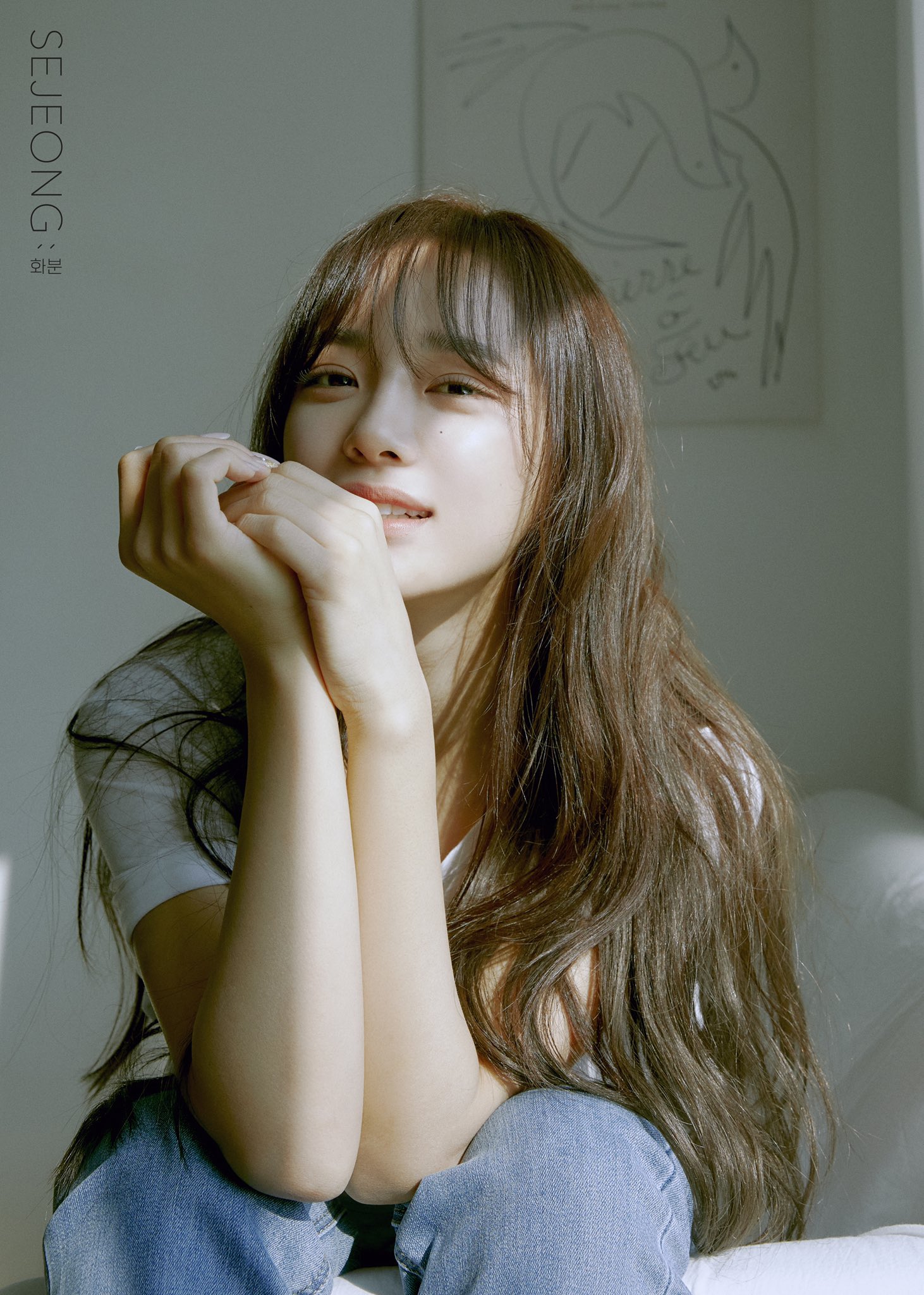 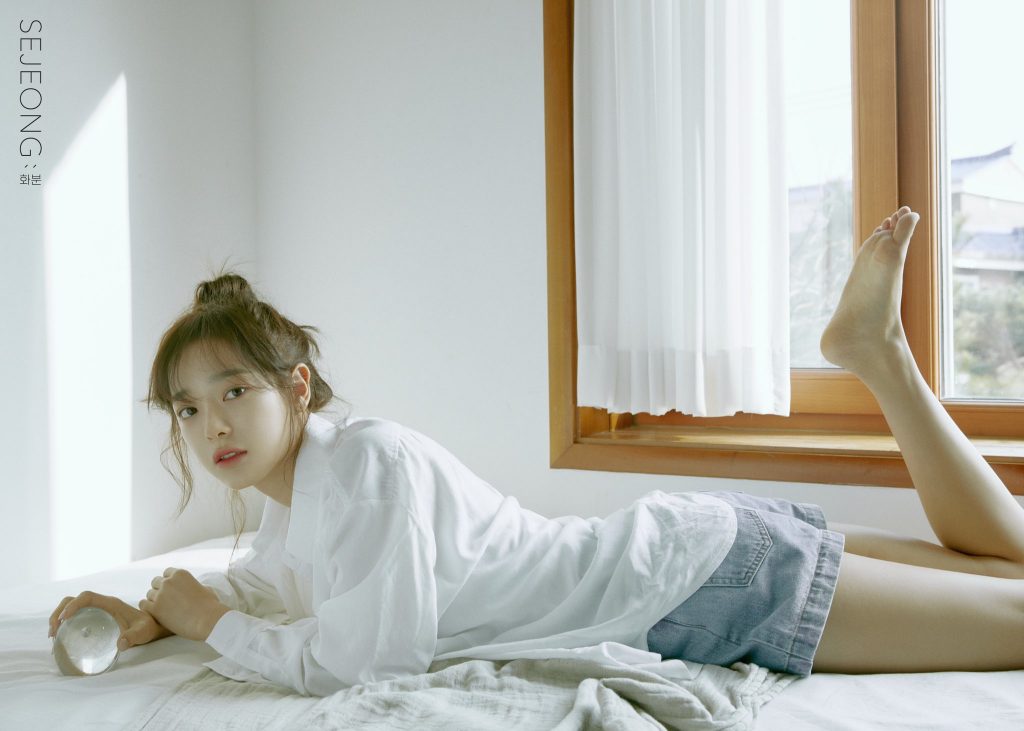 Meanwhile on March 6, she made public an online cover image for her mini-album comeback. Also that day, Sejeong previewed her 1st mini album package for Plant. 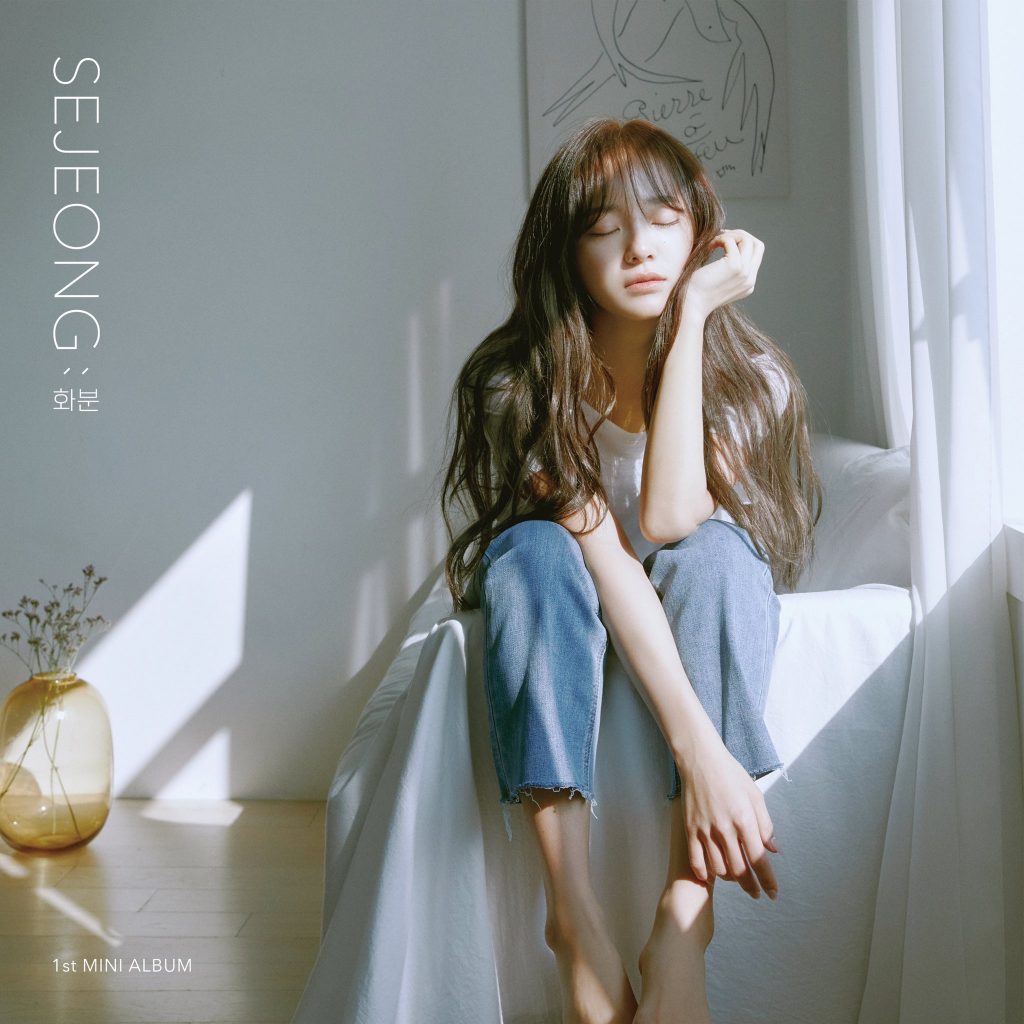 She also revealed the track list of her 1st mini album Plant which comprises of 5 tracks: “Plant”, “Hopes For Tomorrow”, “Skyline”, “Swim Away”, and “In My Dream”. 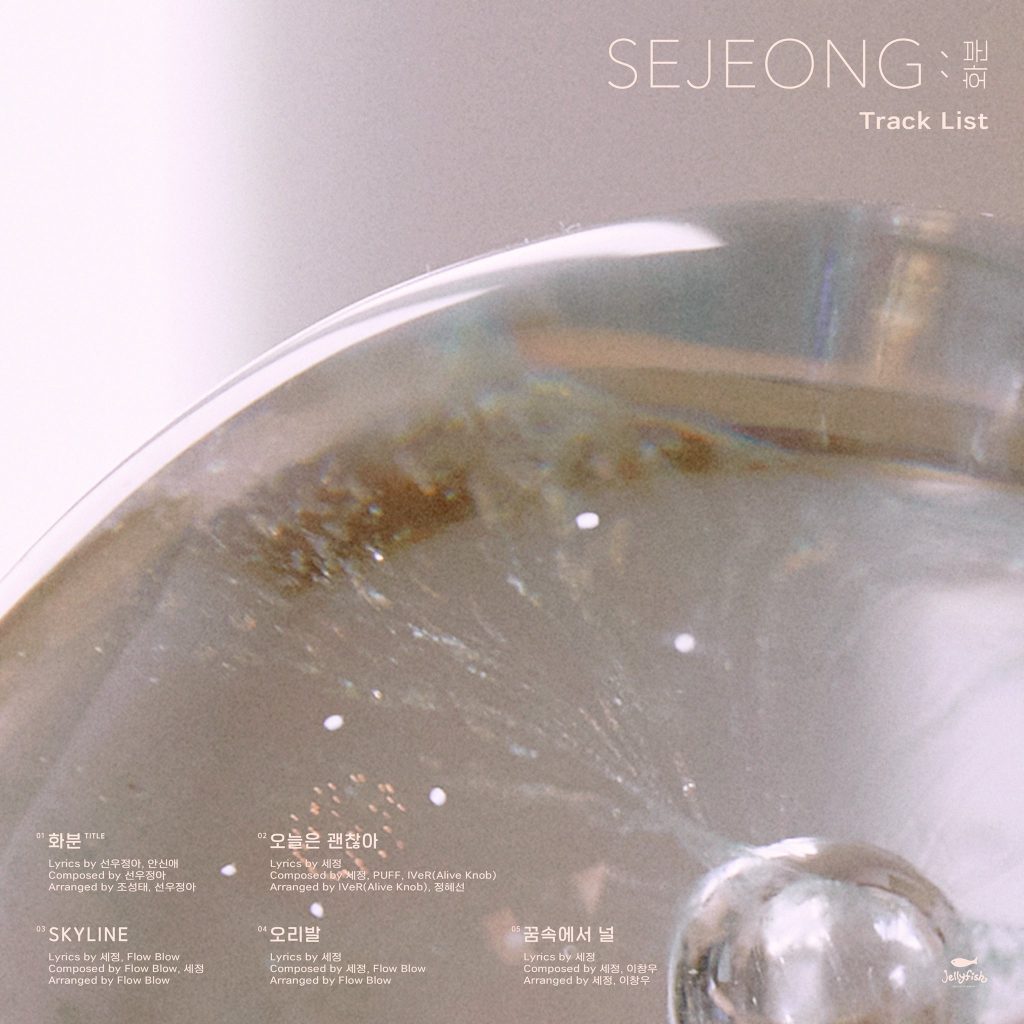 Furthermore, Sejeong disclosed the teaser video for her EP’s title track, “Plant” on March 8.  The 23-second video showed a melancholic melody accompanied by a soft humming. The video gives off a nostalgic feeling which sustain the whole emotion of the song.

Moreover, on March 11, she finally bared the highlight medley of her first mini album. In general, it emanated fresh and innocent vibes.

On March 14, she raised fans’ anticipation by releasing the official music video teaser of her title track “Plant”.

Though only containing five tracks, it successfully establishes a wide array of tender and emotional melodies and expression for each track.

The title track “Plant” is melancholic and made more haunting by Sejeong’s emotive and soulful voice.

Meanwhile, the second track “Hopes For Tomorrow” focuses on optimism and faith. Sejeong as the sole writer of the lyrics, tries to imply that despite the tragedies happening in life there is still hope for a better tomorrow.

The third track “Skyline” is notable for its upbeat rhythm. Mismatching the deep emotions presented by “Plant”, “Skyline” demonstrates a more cheery cadence. It mainly highlights Sejeong’s skillful vocals as well as her high notes.

Harmonizing a more cheerful track, “Swim Away” expresses being carefree and leaving the hardships in life behind because heaven’s along the way. It highlights following where your dreams and feelings take you. “Swim Away” also teaches everyone to enjoy life and be patient because as humans, we don’t know what the future holds. Sejeong also wrote the lyrics for this track.

Finally, Sejeong solely wrote the lyrics for “In My Dream”. Embracing a sorrowful melody and slow tune, the guitar accompaniment wraps the whole song into a majestic one.

Setting the scenes into a wistful and gloomy sensation, the music video of “Plant” moves the viewers— at the same time backed by Sejeong’s excellent vocals. It produces raw emotions and calming sentiments. As the song commences, Sejeong caught the attention of the viewers as she spew a capsule and bury into the soiled bed.

It implies the unconditional love given and nurturing the seedlings she planted. She asks to share any hidden worries and secrets no matter what.  It may likewise be an impression of how one aches for their significant other and thinking about them wholeheartedly.