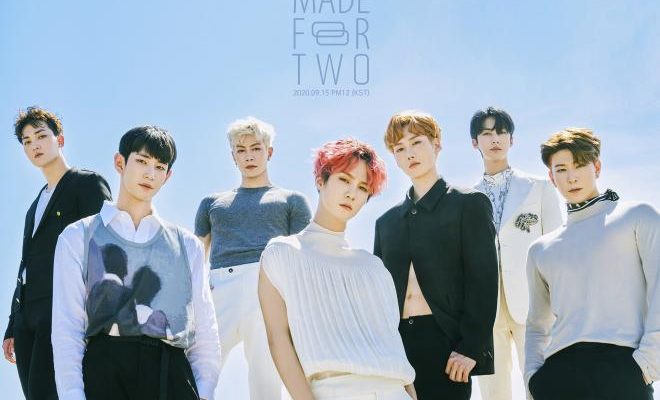 VAV has made us fall in love with their dreamy vocals through the breathtaking music video of “Made For Two”!

VAV has delivered another roster of rich and lovely music, worthy for some nostalgic singing sessions – through their sixth mini album Made For Two! 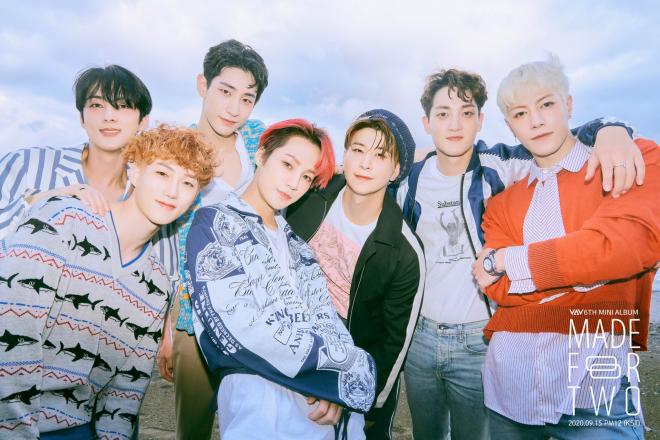 Made for Two Comeback Countdown

Piquing the interest of fans for the music they have in store, the seven-member group VAV released the first teaser photos for their comeback. Revealed on August 28, each photos consisted of cryptic symbols and clues to their title song.

Along with this, A Team Entertainment also announced the group will promote as six members, excluding Baron, due to his military enlistment. 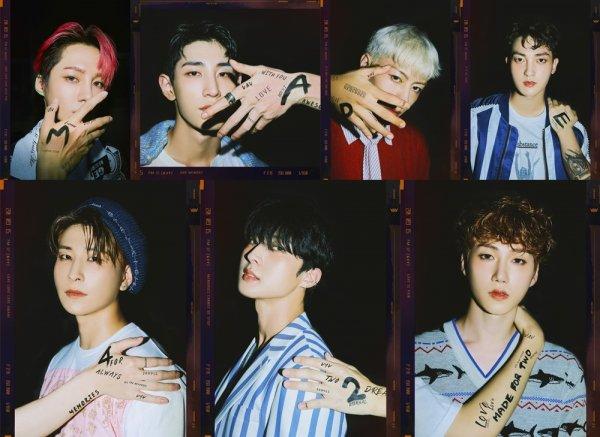 Making the first day of September romantic, VAV unveiled the sentimental trailer of Made for Two. Containing sweet and lovely words confessing their love, the aesthetic clip included a narration in three different languages, English, Chinese and Korean.

Looking like pure flower boys, St. Van, Baron, Ace, Ayno, Jacob, Lou, and Ziu became one with nature while showcasing their fresh charms. Giving a glimpse of what youth feels like, the members beautifully presented their fairest dreams in each photos.

Check the “Memory” version below: 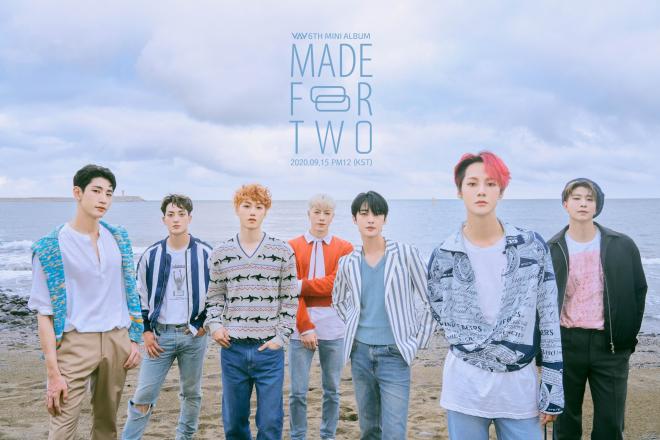 Check the “Promise” version below! 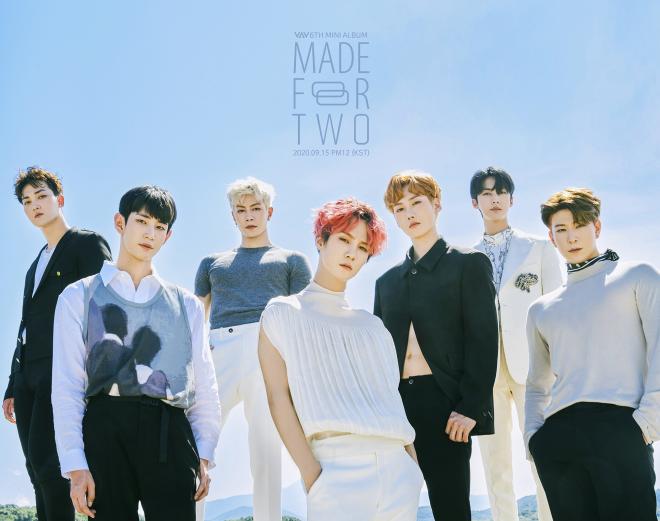 Composed of five amazing tracks, VAV’s sixth mini album Made For Two was almost entirely produced by the team. Showcasing their great musicality, most of the members’ name were included in the credits for composing, writing and arranging each tracks.

Led by the title song “Made For Two”, members Ayno and Lou participated in the rap-making. Composed and arranged by St. Van, the second track “Into You” was written by Lou.

Meanwhile, Ayno composed and wrote the lyrics of the third track “Moto”. The fourth track “Hold Tight” was composed and written by Ace. And for the last track “You Taught Me Love”, Lou went all out in composing, writing and arranging the song. 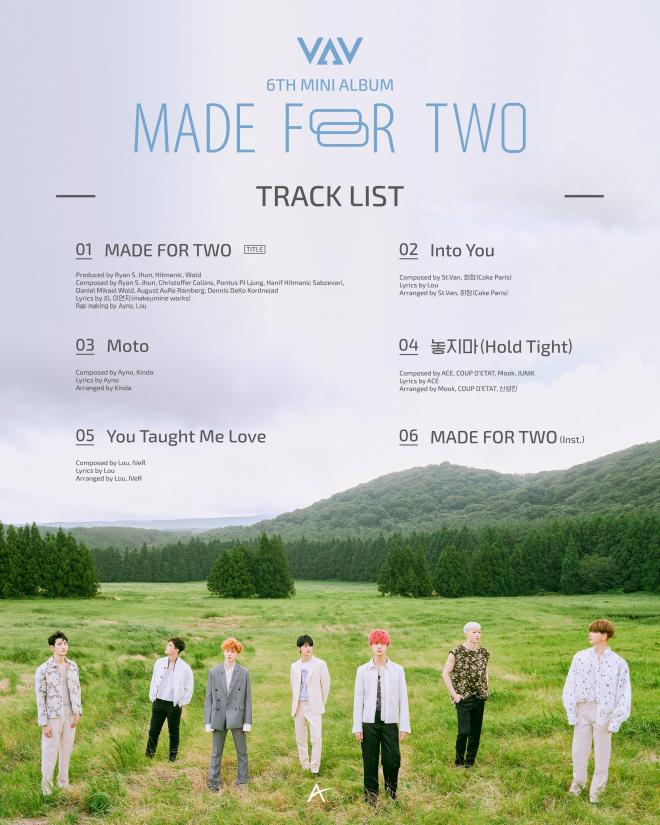 Originally written and composed by VAV members, the highlight medley started introducing the title track. Produced by the famous hit song maker Ryan S. Jhun, “Made For Two” is a mystical Nordic song, with a balanced shuffle-based rhythm. It contains Scandinavian pop sound that has an addicting melody.

Meanwhile, St. Van’s composed song “Into You” evokes an exciting atmosphere of summer. Furthermore, Ayno’s track “Moto” combines strong electone and synth pop, which stands out with soft yet intense feelings. It comprised of VAV’s signature sounds of an emotional pop ballad.

Ace’s “Hold Tight” and Lou’s “You Taught Me Love” have an attractive piano melody, which showcase the group’s transcending musicality.

Containing not just the song previews and the jacket shooting of the album, the clip also displayed the photos taken by Baron.

Revealed on September 9, the first music video teaser featured lush meadows and breathtaking ocean views. Meanwhile, the second teaser showed close-up shots of each members and a sneak peek of the choreography of “Made For Two”.

Made For Two First Impressions

Characterized with balanced shuffle-based rhythm and Scandinavian pop sounds, the title track “Made For Two” illustrates a sad breakup that turns into a beautiful memory. The song speaks about dreaming to be with the person you loved, while holding onto the memories in the past.

“Into You”, which was composed by St. Van, is a full English track that has a common ground with generic K-Pop summer songs. The exciting track relays a message of being attracted to someone.

Ace’s co-composed track “Hold Tight” is an emotional ballad, while Lou’s produced track “You Taught Me Love” is a sentimental English track that carries EDM elements.

“Made For Two” MV Afterthoughts

For anyone craving a nature adventure, the music video of “Made for Two” is a definite cure for wanderlust. Filled with refreshing vibes and breathtaking scenery right from its very first frame, the music video also features a graceful choreography and emotional acting of each members.

Portrayed in various settings; from the lush meadows and empty forest streets to the majestic blue ocean, their bright visuals perfectly harmonize with their dulcet voices. It is truly a visual treat for their fans, VAMPZ, and everyone who watched this marvelous music video.

To cap it all off, VAV has managed to aesthetically portray the waves of memories from a painful separation through their music video. Depicting moments of love and affection, their new song “Made For Two” carries a nostalgic message that hopes for a new beginning.