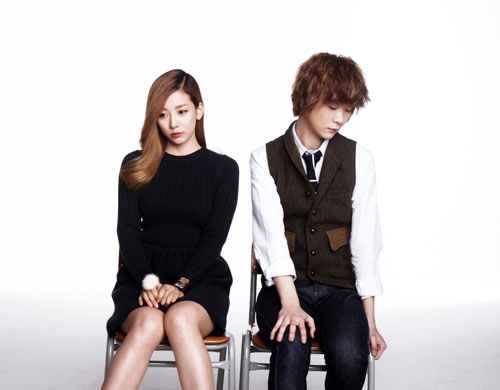 SBS‘ K-Pop Star contestant Yoon Hyunsang has contributed to Sunny Hill‘s new album and will be greeting his fans after a long time of absence on the music scene. Yoon Hyunsang who rose all the way to top 7 on SBS’ K-Pop Star Season 1, showed his vocal skills and was acknowledge for his abilities and talent. He has participated in Sunny Hill’s new mini album Antique Romance which is  to be released on December 14.

“Yoon Hyunsang has recorded a duet song with Sunny Hill’s JuBi titled Cold Day (추워지니) for the new album. The song is a ballad that has a 70’s analog feel. JuBi and Yoon Hyunsang’s wonderful harmony has been very impressive.”

At this Yoon Hyunsang stated:

“I’m very nervous that I get to greet fans in such a long while but I’m very happy that I had this great opportunity to let people hear  my music. I hope you will have lots of interest in the new duet song Cold Day.”

After his appearance on K-Pop Star Season 1, Yoon Hyunsang signed a contract with LOEN Entertainment and as this appearance with Sunny Hill’s album will be his first on broadcast since then, many people are looking forward to it. Sunny Hill’s second mini album Antique Romance will be released at noon on December 14 on various online music portals.

Check out their song here: