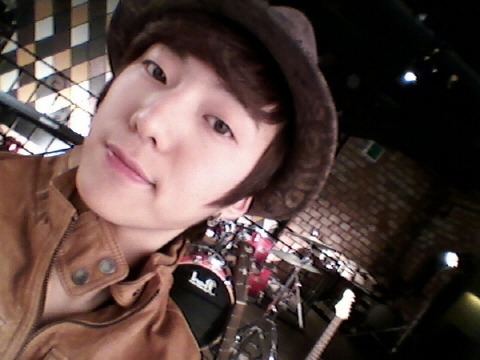 Super Star K2‘s Kang Seung Yoon is being prepared to debut either in January or February 2013 as a singer. In January 2011, he signed a contract with YG Entertainment and now, he is finally ready to debut as a singer. He also starred in the MBC drama High Kick.

“Kang SeungYoon has officially started preparing with the full support of YG Entertainment’s president Yang Hyun Suk. The 10+ producers who are in YG are helping with his debut.” The representative also stated, “If Kang Seung Yoon works like Lee Hi did, he will be able to release a single for January and another album afterwards.”

YG Entertainment confirmed this representative’s statements and said he will be debuting early next year. The representative carefully explained:

“Currently we only have scheduled the time of debut, we can’t go into any further detail about it.”

As Yang Hyun Suk did with Lee Hi from SBS K-pop Star, he says he will be responsible for all aspects of Seung Yoon’s debut. Since Seung Yoon has been spending the past 2 years with BIGBANG, 2NE1, Epik High, PSY, Se7en, Gummy, etc. who have very unique qualities and big amounts of fame, many are curious what kind of image he will have when he debuts.

“Like Lee Hi, Kang Seung Yoon will make a debut that fans cannot imagine and surpass their expectations.”

Hellokpop, as an independent K-pop news site (without influence from any agency or corporation), we need your support! If you have enjoyed our work, consider to support us with a one-time or recurring donation from as low as US$5 to keep our site going! Donate securely below via Stripe, Paypal, Apple Pay or Google Wallet.
FacebookTwitter
SubscribeGoogleWhatsappPinterestDiggRedditStumbleuponVkWeiboPocketTumblrMailMeneameOdnoklassniki
Related Items2NE1BigbangdebutEpik HighGummyKang Seung YoonLee HiPsySe7enSuper Star K2Yang Hyun-sukYG Entertainment
← Previous Story BEAST’s Yoseob to debut solo with a mini-album this month
Next Story → Hidden acoustic version of ’60 Seconds’ from Another Me unveiled