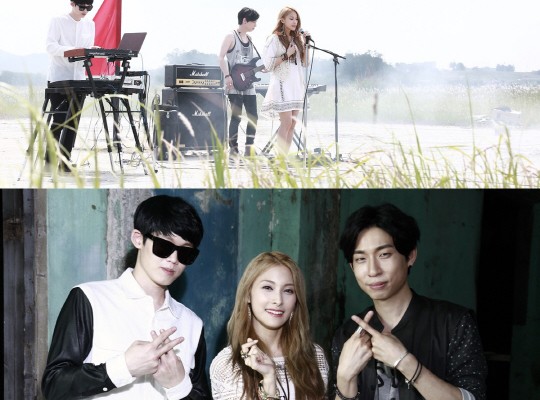 A sensational collaboration album from KARA‘s Gyuri and electronic rock group From The Airport has been released.

The album was released on June 15th on various music charts. This new collaboration group between a Hallyu idol group member and an electronic duo has raised much interest among the music fans.

The Little Prince (어린왕자) is a synth pop and electro rock album, based on electro pop. Gyuri agreed to the collaboration with the duo in hopes of showing her new take on music. Fans can see a completely different side of Gyuri. Her unique, pure voice stands out even more in the new tracks with From The Airport.

The title track, The Little Prince, is a synth based track with warm sentiments. Likewise Return is another charming track, that is created with electric guitar and electro sounds. It is known that Gyuri participated in writing the lyrics for both tracks and has gained much attention from many fans.

Check out their music video here: