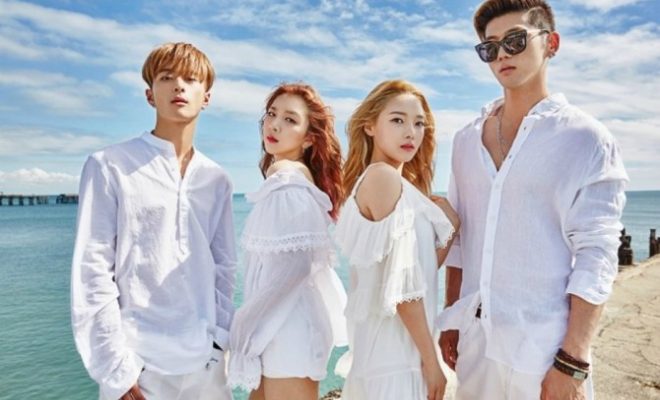 Are you rooting for KARD?

Prior to the official debut in South Korea, South Korean group KARD has already created buzz as well as gained huge following especially from international fans.

“I couldn’t believe how much we were loved by fans around the globe even before our official debut,” Somin said. She promised that the group will work harder and do their best not to disappoint their fans. 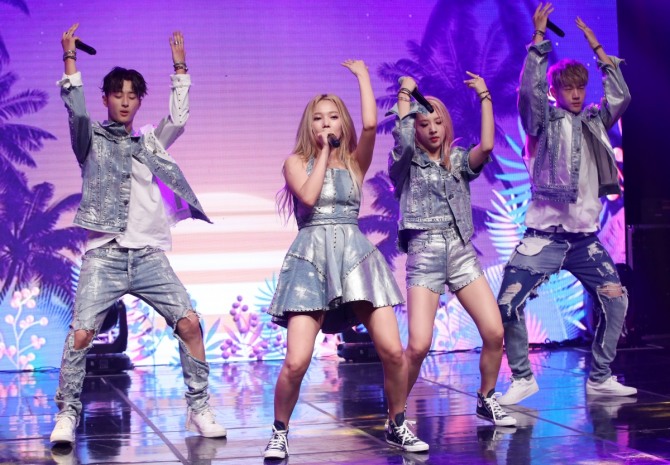 KARD during its debut showcase. (Photo from Yonhap)

The co-ed group, which consists of Somin, Jiwoo, B.M and J.seph, released three singles before its official debut. In December 2016, the quartet came out with their first project single “Oh Na Na”, which featured former KARA member Heo Young Ji. 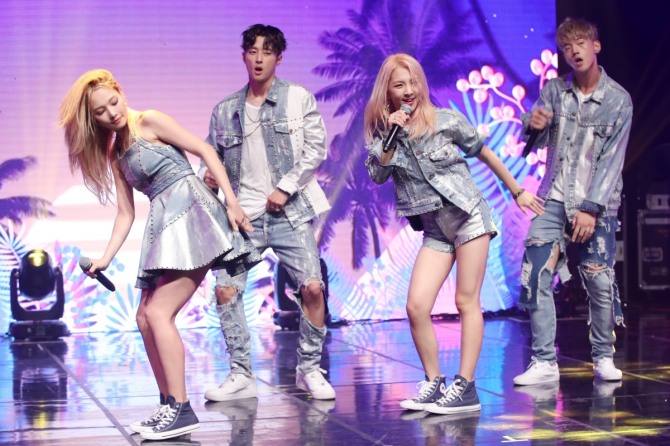 KARD during its debut showcase. (Photo from Yonhap)

After three pre-released songs, the first co-ed group in South Korea after several years is ready to win the hearts of the people in their home country. During a press showcase in Seoul on July 19, KARD shared its hope to be a singular K-Pop act with its unique musical color and concept. The members performed their debut single “Hola Hola” at the event.

“Hola Hola” is the title track of its debut album Hola Hola, which contains ten tracks in physical album and six in digital format. “We wanted to say hi to fans in Korea through our song, and that’s why we named the track ‘Hola Hola’,” said J.seph.

With the official debut in South Korea, J.seph revealed that it is the group’s goal to secure a rookie award this year.

KARD also expressed its confidence in injecting fresh energy into the K-Pop scene, providing fans with the unique hybrid of a boy band and a girl group.

Watch KARD in their debut showcase stage below:

106
SHARES
FacebookTwitter
SubscribeGoogleWhatsappPinterestDiggRedditStumbleuponVkWeiboPocketTumblrMailMeneameOdnoklassniki
Related ItemsB.MDSP MediaHola HolaJ.sephjiwooKARDSomin
← Previous Story SM Entertainment Plans To Combine AI Technology and Celebrity To Make People Happy Through Cultural Contents
Next Story → 2PM’s Taecyeon On His 20s: “It Was Easy Because Park Jin Young Was There To Lead Me”