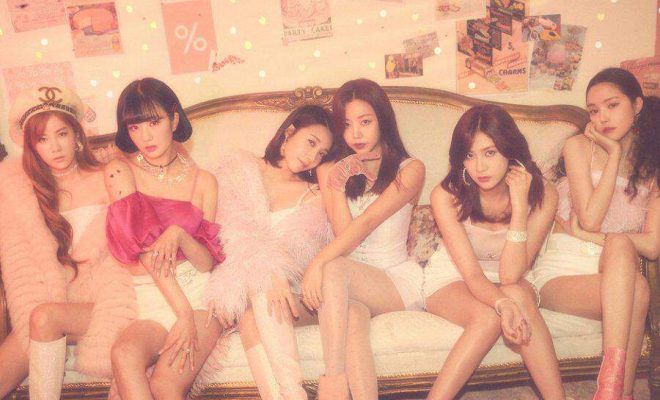 Apologies to Apink had been issued by KBS after an uproar has been caused by their performance at the 2019 Gayo Daechukje being cut short, which made even the group’s members upset.

Following major criticisms on the performance of Apink obviously being cut short on the broadcast of the recent 2019 Gayo Daechukje, KBS released an official apology from the program’s head producer Kwon Yong Taek to the group and their staff. 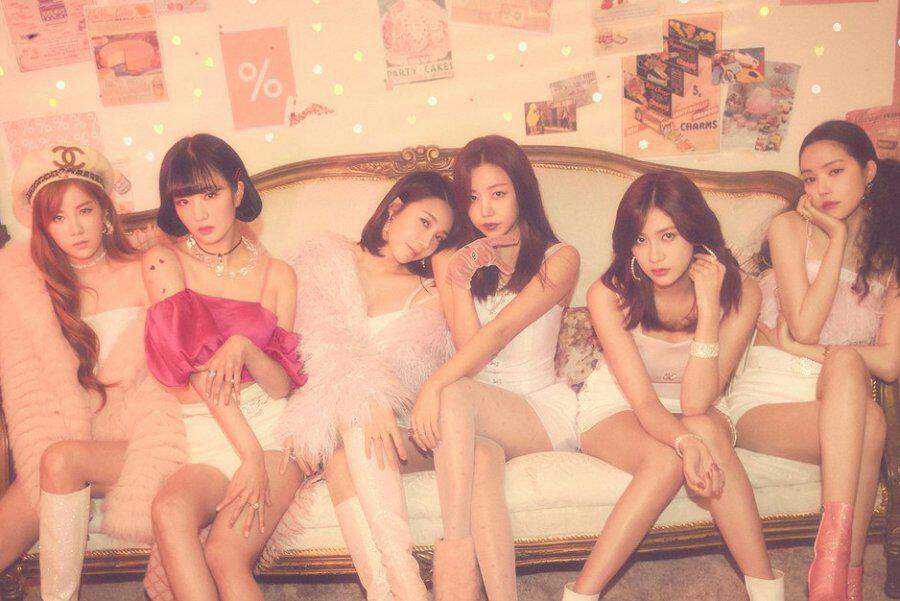 For their performance on the program, the girl group had prepared a special ending for their song “% %” – which they were not able to do during the live show after their music was abruptly cut before they could execute the ending that they prepared, leaving the members obviously looking lost and confused before ultimately returning backstage.

The girls didn’t appear at the end of the program with the rest of the idols who also performed for the night, and posts on their personal social media accounts afterwards confirmed that they felt upset about what happened.

On a public post, Naeun addressed not just their staff and her fellow members, but also their fans who were also upset by how the group was treated at the show. On her caption to the two dance practice videos which showed the original flow of their performance, she wrote:

“So many upsetting things have happened at the end of this year. I’m posting this because I feel upset and sorry that we weren’t able to show you the full performance that we worked hard to prepare.

To the Apink members and FreeMind, who worked so hard to prepare for this, and to our staff, who also worked so hard from the early morning — no, from yesterday’s pre-recording — you all worked hard. Thank you to our Pandas who waited for our performance and cheered for us. With all of us gathering to wrap up the end of the year in a joyful way and celebrate how we had all worked hard and done a great job, it was an event which all the artists worked really hard to prepare for. I hope that in the future, it will be a fair and safe environment in which the performers can do a great job.

Thank you to the many people who always cheer on Apink.”

In support of her post, her groupmates Eun Ji and Bomi left comments telling her that she worked hard too. Moreover, Eun Ji shared her own thoughts on her own post as well on Instagram.

“Many of our fans have felt upset together with us and have been comforting us. That’s why after debating over what I should say, I’m posting this. I know that at the end of every year, many people work hard to put on a great show, and I’m always grateful to get to step onto the stage. However, I sincerely pray for an environment where the fans who fill the seats and the performances of all the artists, which are prepared with passion and sweat, are always treated with respect. Thank you to our Pandas and all the other fans who cheered for us today. I hope that you all enjoy a warm end to the year,” she wrote.

Hayoung also shared the same thoughts as them with her post on her personal Instagram stories. Meanwhile, Chorong voiced out her disappointment through a V Live broadcast, where she also told fans that they were the reason why they go to year-end events and perform.

She shared that because of that, the members were upset that they weren’t able to show their best and feel regretful about it. Chorong also asked fans not to worry about it anymore because “what happened was an accident and they apologized to us”.

Namjoo then wrapped everything up by comforting fans with an uplifting message where she warmly asked them to just meet them again with their next performances.

Fans also voiced out their anger over what happened, and especially mentioned that Apink was only able to perform just one song and an intro – one of the shortest compared to other groups who were at the 2019 KBS Gayo Daechukje. Notably, Apink is the most senior group and the only one from the second generation artists to appear on the year-end program.

apink, and fans isn’t overreacting!
no one deserved this kind of treatment. we have valid reason to be acting this way#가요대축제_해명해 #JusticeForApink#ApologizeToApink pic.twitter.com/19FuqTr13w

Just saw how KBS Gayo cut off Apink's performance halfway??
Where is the respect for Apink? They did not work hard and practise, just to get this kind of treatment.

Never have I seen Chorong this mad and so done…#JusticeForApink #가요대축제_해명해pic.twitter.com/FYySmZUg9I

the disrespect for APINK the disrespect of the only senior who performed last night. #ApologizeToApink #가요대축제_해명해#JusticeForApinkpic.twitter.com/nDDl4dIGY1

apink is one of the second gen gg idols in that award show, idols who’ve been in the industry since 2011. my girls don’t deserve to be treated like this. #JusticeForApink pic.twitter.com/69NcrZufqS

it isn't even that hard to show basic respect for a 9 year idol group like Apink. it takes a lot of time & effort to practice in order to be on stage for those short 3 minutes. to cut a performance like this is literally saying you don't care#가요대축제_해명해 #JusticeforApink pic.twitter.com/M1HjK26t2i

Moreover, several fellow idols and celebrities expressed their support for the girl group and voiced out disappointment on how they were treated. These include some of fellow notable names such as IU who left a comment on Eun Ji’s Instagram post, and SNSD’s Tiffany and AOA‘s Seolhyun who liked Naeun’s post as well.

With the immense backlash, KBS released an official apology as well to the members of Apink, as well as their staff who worked hard in preparing for their performance. They also explained their side including why the performance had been cut short and the camera rehearsals for Apink’s stage had reportedly not pushed through.

“We sincerely apologize to Apink and their fans for their performance not being able to end as originally planned during 2019 KBS Gayo Daechukje yesterday.

What happened with the performance was our mistake, and the members prepared and worked hard for it day and night so that they could shine properly for their fans despite their busy schedules, and we are not sure how to aid the hurt that the members and fans experienced as a result. We apologize to the staff of Apink who worked hard to create a great stage as well.

Yesterday, our camera rehearsals were delayed by more than an hour because we faced issues with the video equipment suspended from the ceiling. It was an unfortunate but necessary delay for safety reasons. However, as requested by the event management team who said that we could not delay audience admissions into the venue any longer, I ordered for a portion of the camera rehearsals to be skipped.

This was an error of our staff during the live show, but it was an accident that would not have happened if we had prepared better, so I take full responsibility for this. We will seriously look over the production issues that took place and observe measures to make sure that it does not happen again.

Once again, we bow our heads and apologize to Apink and their fans.”

The head PD reiterated this once again on a follow-up apology where he also added:

“During the show, one of the PDs made sure to go to Apink in their waiting room to explain the situation and apologize. There have been some who said we were neglecting Apink, but we have no reason to do that.

As soon as the show finished, the director of the production division went to Apink but he was unable to meet them anymore because the members had already gotten in their vehicle. So, he met with their agency’s vice president and asked for our apology to be delivered to the members instead.”

During the live show of 2019 KBS Gayo Daechukje on December 27, an unfortunate incident occurred where our artist Apink was not able to complete their performance of “%%”.

As soon as our artists came down from the stage, our agency spoke with the staff of KBS about the incident, and they immediately expressed their apologies to the members. This afternoon, the KBS staff released an official apology.

Regardless of how it happened, our agency wishes to express our regret that fans were not able to watch the whole performance as it was planned. Our regret grows even more since we know better than anyone about the amount of hard work, care, and sweat that our artists put in for the year-end performance.

We also wish to thank fans for their concern and worry, and express our gratitude again for the unending love they have given this year. We will work hard to make sure that we come out stronger from this.”

Hellokpop, as an independent Korean entertainment news website (without influence from any agency or corporation), we need your support! If you have enjoyed our work, consider to support us with a one-time or recurring donation from as low as US$5 to keep our site going! Donate securely below via Stripe, Paypal, Apple Pay or Google Wallet.
FacebookTwitter
SubscribeGoogleWhatsappPinterestDiggRedditStumbleuponVkWeiboPocketTumblrMailMeneameOdnoklassniki
Related Items2019 KBS Gayo DaechukjeAPINKKBS
← Previous Story 2019 Hellokpop Best Of The Best: Rising
Next Story → PENTAGON’s Hui Shares Emotion-Filled OST For jTBC Drama “Chocolate”