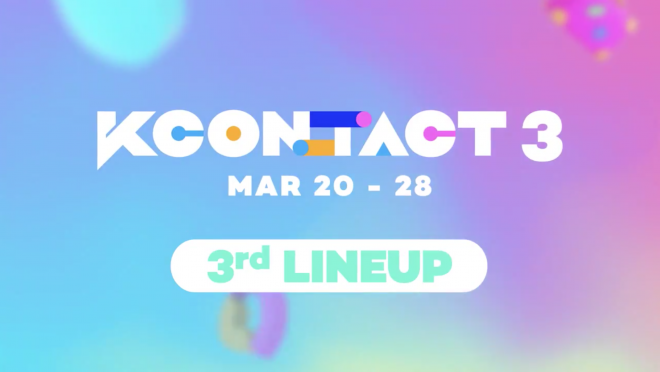 “KCON:TACT 3” announces its stacked third lineup, featuring your favorite performing artists! Who are you looking forward to the most?

Joining one of the biggest digital K-Pop events of the year are some of the largest artists in the industry. Groups set to grace the KCON:TACT stage includes AB6IX, ATEEZ, LOONA, MAMAMOO, P1Harmony, SF9, and TOO. Additionally, talented soloists such as Hyuna, Kang Daniel, Lee Jinhyuk, and Sunmi will also delight fans with their performances.

*Due to internal circumstances, daily line-ups will be announced at a later date.#KCON #KCONTACT3 pic.twitter.com/lggfe47zcV

Regarding the full roster of performances, the production team of “KCON:TACT 3” stated, “The stage of 26 artists of 26 teams full of personality who will lead the present and future of K-pop, such as the top solo artists, popular idols, and super rookie groups, will continue for 9 days.”

The event will utilize CJ ENM’s competitive technology to elevate the artists’ performances.

“KCON:TACT 3” will focus on a ‘global world tour’ theme. To do so, it will utilize AR technology to transport artists and fans to various KCON venues in the United States, Japan, Thailand, and France. Additionally, the festival will focus on the present and future of K-Pop.

Fans can look forward to customized regional content, as well as differentiated production stages seen nowhere else. The popular event will continue to bridge the gap between artists and fans, creating a celebration of K-Pop during the nine-day event.

“KCON:TACT 3” will run from March 20-28. CJ ENM will release more details regarding daily artist schedules at a later date.