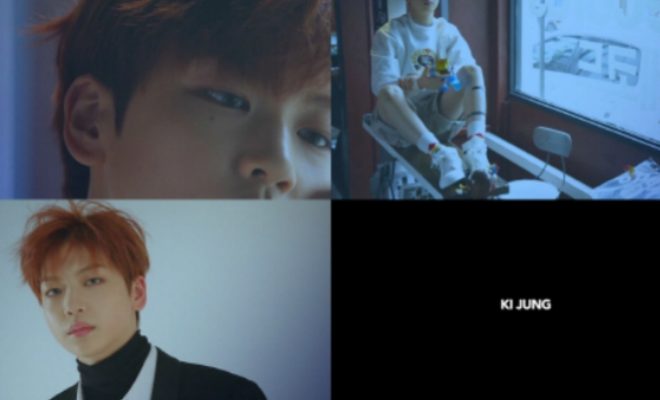 UNB’s youngest member Kijung is first up in the group’s album teaser relay released on March 26 via its V Live channel.

UNB unveiled the trailer after a surprise V Live with fans, where Kijung greeted the viewers and sparked their curiosity. The fashion in which the trailer was unveiled was reminiscent of the release of the introduction videos, where a member goes on air before his video is released.

At the end of the broadcast, the trailer video featuring Kijung was unveiled. Unlike the cute image he used to portray, the video reveals another side of UNB’s youngest member.

In the first seconds of the video, Kijung displays dreamy and innocent charms, which then shift at the later seconds, where he turns darker and uses his eyes of create a rebellious atmosphere. 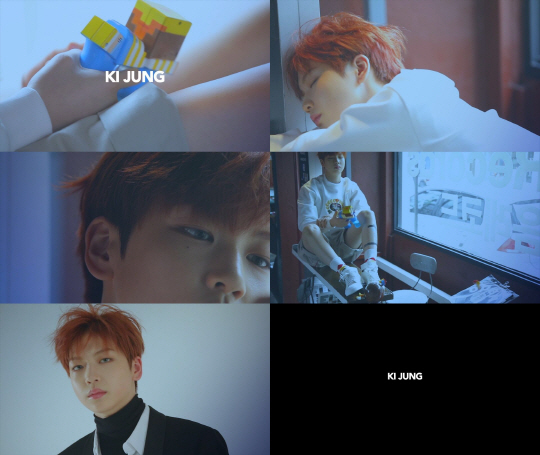 With the release of Kijung’s trailer, fans are anticipating the other members’ trailer videos, which are expected to be out everyday until UNB’s debut on April 7.

UNB will debut with album Boyhood, led by two title tracks “Sensation” and “Only One”.

Meanwhile, the boy group has invited fans to come up with ideas for its upcoming reality show. Fans can submit ideas through the group’s V Channel CELEB Bulletin on March 27 from 1 a.m. to 8 p.m. KST.

A special V Live is also scheduled on April 7 to commemorate the debut of UNB.