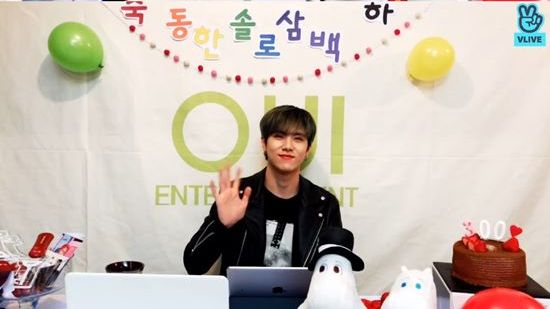 Kim Dong Han gave a sweet treat to fans during his debut anniversary.

Fans of Kim Dong Han had a double celebration as he announced his comeback date during his 300th day debut anniversary celebratory V Live broadcast.

In celebration of the milestone in his career, the singer recently greeted his fans through a live broadcast on April 14. Besides celebrating, Dong Han also looked back on his past activities- starting with a short re-watch session of his days as a Produce 101 Season 2 trainee.

He continued on the nostalgic trip down the memory lane by also watching his past stages as a member of the project group JBJ and his blossoming solo career which followed right after.

While watching his old performances after such a long time, he looked back on what he had been doing since his debut. At the same time, he revealed some of the behind-the-scenes stories that fans did not know – including his feelings before and after each stage he looked back on. 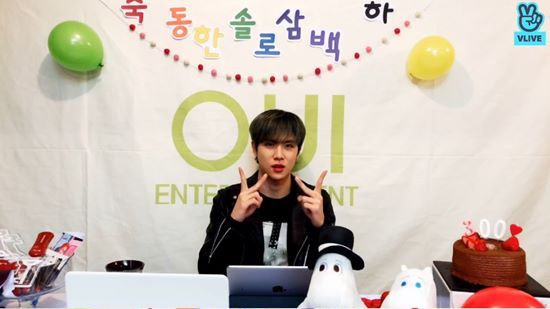 Adding to the celebration, the soloist personally announced that he is slated to stage his comeback on May 1. He also shared that he personally took part in producing the choreography for his comeback album’s title track too.

“My comeback contains a powerful, sexy, and refreshing concept. It’s really cool,” he told fans as he asked them to wait for his new music. His last release was his second mini-album titled D-Night, which dropped on 17 October 2018, with the lead single “Good Night Kiss”.

Are you looking forward to Kim Dong Han’s comeback? Let us know by leaving a comment below, giving us a holler on Facebook, or tweeting us at @hellokpop!

We need your support! If you have enjoyed our work, consider to support us with a one-time or recurring donation from as low as US$5 to keep our site going! Donate securely below via Stripe, Paypal, Apple Pay or Google Wallet.
FacebookTwitter
SubscribeGoogleWhatsappPinterestDiggRedditStumbleuponVkWeiboPocketTumblrMailMeneameOdnoklassniki
Related Itemskim dong hanoui entertainment
← Previous Story N.Flying Makes The Spring Stage Come Alive With Their First Solo Concert
Next Story → BLACKPINK To Embark On Their First Japanese Dome Tour In 2019