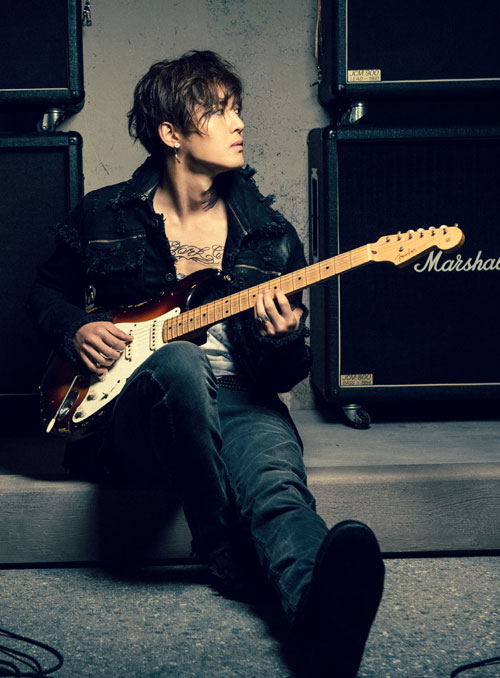 Kim Hyun Joong will be releasing his first Japanese full album. The album titled Unlimited will be released on December 12th, and he will release the title song Your Story before revealing the rest of his album. On November 28th, Kim Hyun Joong released a teaser music video for Your Story with powerful vocals and guitar playing, which allowed him to deliver his charismatic charms and gained much attention.

Your Story was arranged by modern rock band Daybreak‘s bassist Kim Sunil. All the other band members who played in the background for this song are all members of Daybreak. The band helped to perfect the song with Kim Hyun Joong’s moving voice.

Kim Hyun Joong’s Japanese music official stated, “Kim Hyun Joong has been acknowledged as his work with the Japanese musician B’z was successful with the single album Heat last July.  The officials in the music industry have said that Your Story is just as good as Heat and are looking forward to more of this album songs.”

The first full album Unlimited will consist of 14 songs total including the title Your Story, Save Today, I’m Yours and more. It is scheduled to be released December 12th.

Check out the teaser for the album songs here: