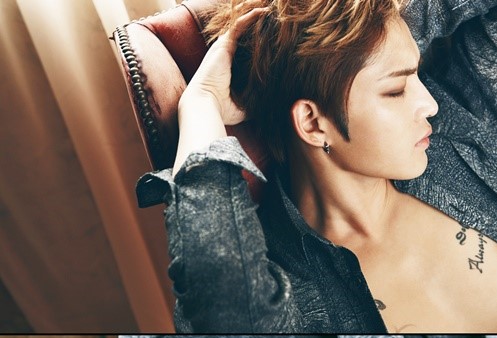 According to C-Jes Entertainment, Jae Joong himself penned the lyrics for 9 songs, and composed 2 songs Blaming You and Good Luck of the album. NO.X consists of 12 tracks, with a wide range of genres such as britpop, blues, post-grunge, hard rock, pop-punk, ballad and others.

The pop-punk lead track Love You More captivates listeners with its strong dynamic beat and highly addictive chorus. As the title suggests, the lyrics tell the story of a man who always desire to give intense love to his girlfriend every day.

Moreover, the album includes 2 tracks Breathing and Good Morning Night that the heartthrob used to perform at the concert ahead of his military enlistment. Meanwhile, the song Meet Again, Even We Meet Again was written to show his love to fans.

Since its release, Jae Joong’s album has garnered significant attention due to his internal strong voice and dynamic rendition, along with omnibus format. Especially, the album delineates the image of young people who always strive to pursue their dreams.

Meanwhile, NO.X is now available on online and offline stores.