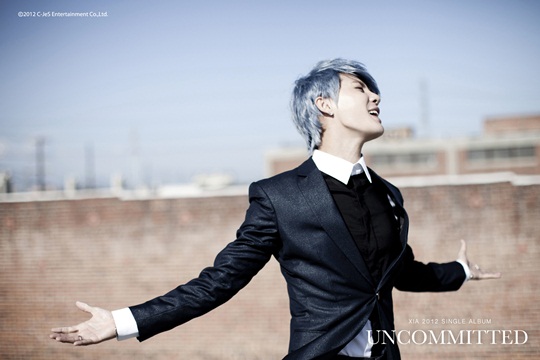 Kim Junsu’s ‘Uncommitted’ single release excites the world; this is what you call world style

[The following is a direct translation of the article as it appeared on NewsEn by Nate.]

The song and music video of Kim Junsu’s first English single album, Uncommitted, was released to the public.

On the 17, Junsu’s agency, C-jeS Entertainment claimed, “Kim Junsu (XIA)’s first English single album, accomplished together with America’s top staff, was released. After its release at 12PM, the song has been gaining popularity as well as standing 1st place on the music charts of both Bugs and Cyworld.”

Furthermore, loved for its powerful performance, Tarantallegra was rearranged in this album. In this rearrangement, Junsu changed the lyrics from Korean to English and used a traditional Korean instrument, the kkweng-ga-ri (a gong), to give a powerful oriental feeling, differentiating the new Tarantallegra from other English songs.

As Junsu’s successful Tarantallegra, released last May, was a best selling solo album in history of Gaon Chart,  as well as standing on American Billboard, this album has been receiving striking attention.