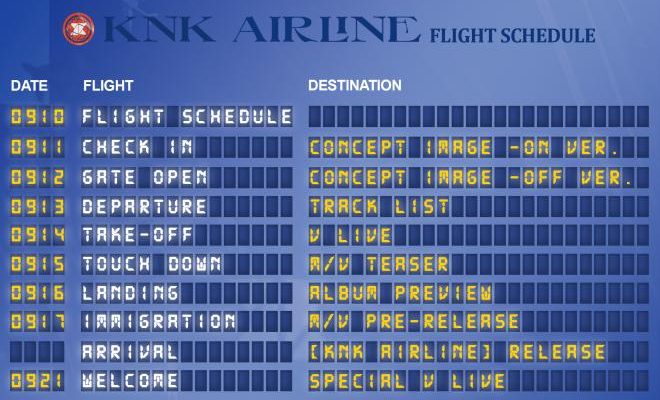 KNK will be landing soon with brand-new music through their third mini-album KNK AIRLINE!

The image shows that the boys of KNK (Jihun, Seoham, Dongwon, Inseong and Heejun ) are returning with their third mini album. Further raising fans’ expectations, the photo also includes their concept “KNK AIRLINE” and the release date.

And to officially start the ball rolling, the group drops the teaser schedule, containing the details of their album and the dates that fans should watch out for. 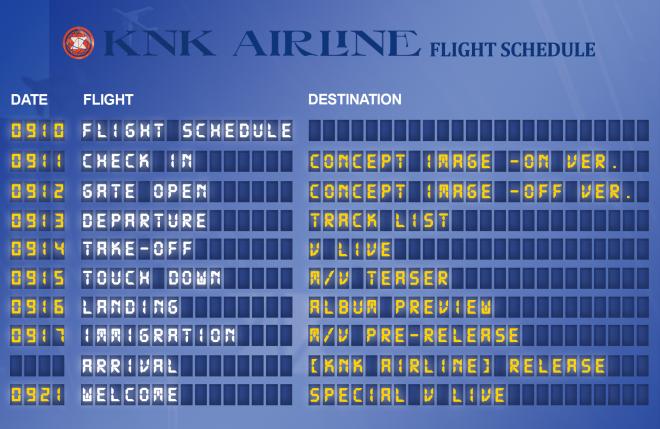 KNK AIRLINE marks the group’s comeback after one (1) year and two (2) months since their fourth single album KNK S/S COLLECTION.

The group expressed, “During these trying and tough times, we wanted to give a message of hope take our fans, Tinkerbells, from the boring daily life and go on a trip with us.”

KNK has constantly captivated the public’s attention with their gorgeous visuals and unique performances. Now that they are gearing for another comeback, anticipation with the group’s brand new music rises.