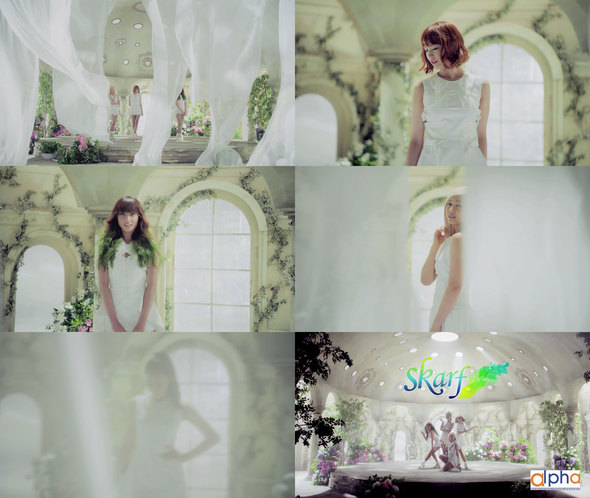 In what is set to the first collaboration of its kind, Korea and Singapore work together to bring K-pop a new breath of idol mix, with the creation of a new girl group called Skarf. On August 9, the members upcoming girl group Skarf  – which consists of four girls from Korea and Singapore – revealed their debut music video teaser for their title track Oh! Dance and started the preparations for their official debut.

The name Skarf is an unique word composition, using ‘scarf’ (a fashion accessory) with a letter replacement of C to K. In this way, letter S represents Singapore while the K stands for Korea. The 15-second teaser is themed in a mysterious misty forest garden which portrays the girls as goddesses in white. Skarf is set to debut with a showcase on August 14.

Are you anticipating the debut of this new unique group?