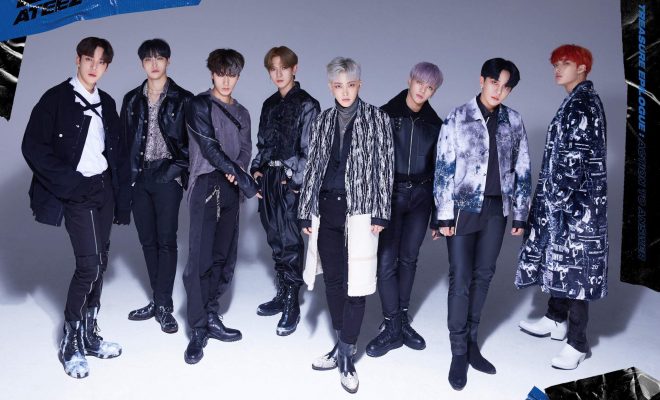 As expected, ATEEZ had just answered back with another powerful and top-class comeback.

When it comes to astounding music, ATEEZ and their TREASURE series are never set to disappoint, and this was once again proven by their return with the new mini-album Treasure Epilogue: Action To Answer and its lead track “Answer” which officially concludes the series (or will it, really?) on January 6. 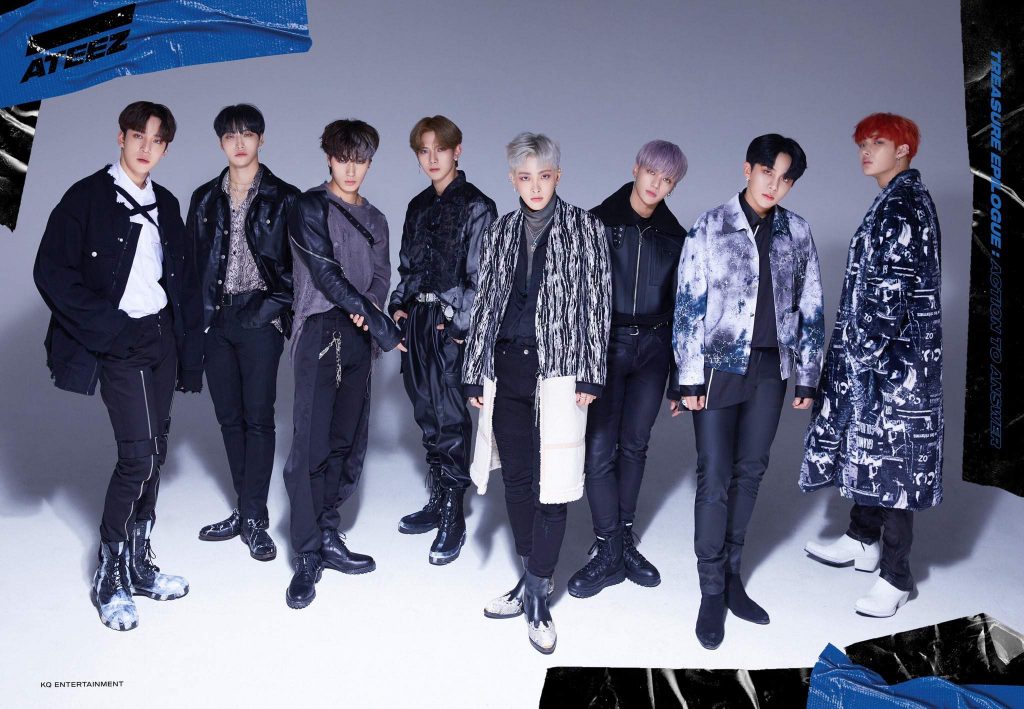 The fast-rising rookie boy group began to baffle fans with a mind-boggling teaser for their comeback released on December 23 where they posed the questions “Look around you. Did you find your TREASURE? Can you see the changes?” and “Can you hear those voices?” before formally announcing the details for their new mini-album release on December 26.

Posing as a precious post-Christmas gift to ATINY, the group announced its title to be Treasure Epilogue: Action To Answer, which is set to be released on January 6, 2020. Later on the same day, they shared the concrete timetable for their promo teasers.

The group then revealed the tracklist of their new mini-album on December 27, where they displayed the titles of their five new songs including the lead track “Answer”. They followed up with a powerful group teaser photo later in the day, making fans grow more anticipation for their first release for the new year. 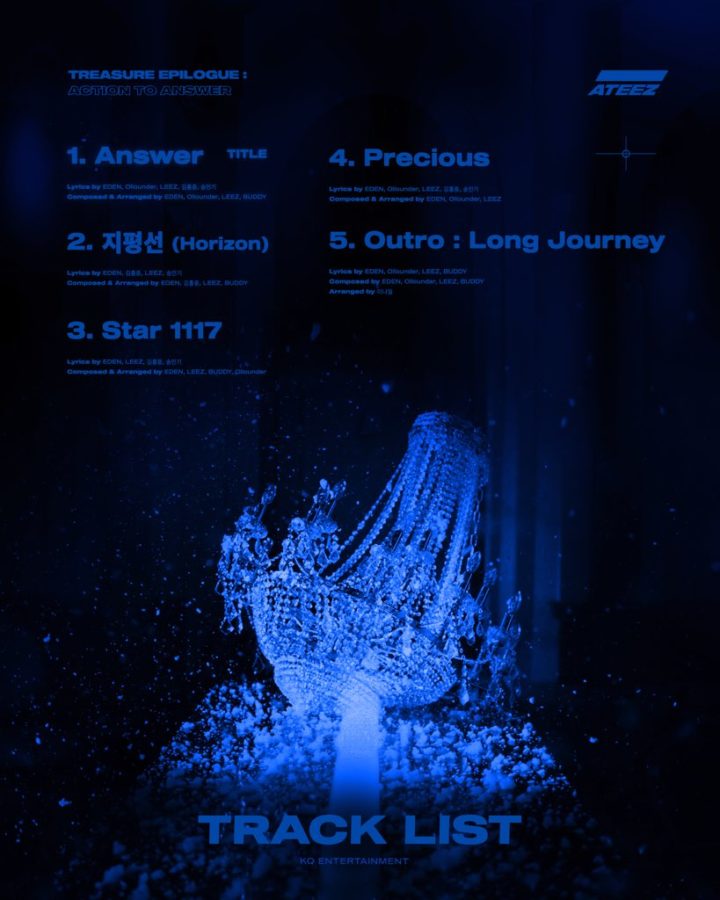 From December 28 to 31, each of ATEEZ’ eight members highlighted their individual charms by starring in solo teaser photos coming in four concept sets. 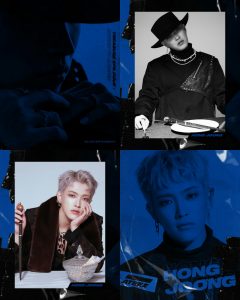 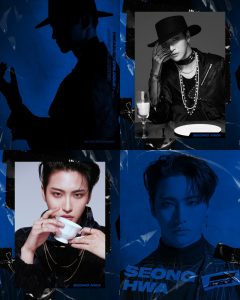 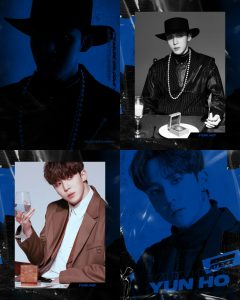 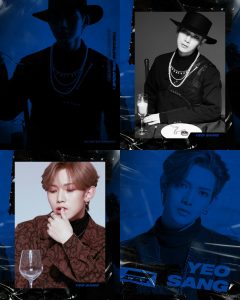 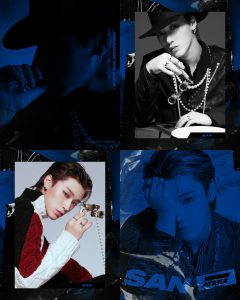 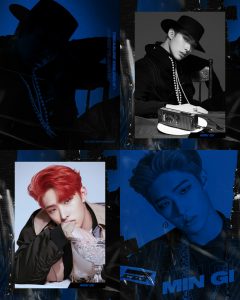 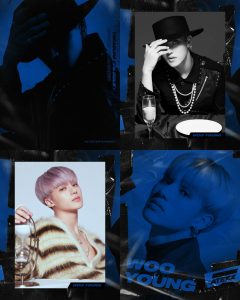 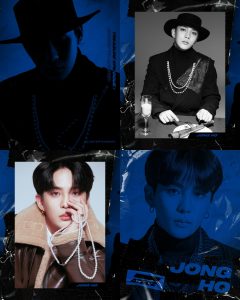 The new year was then heralded by a series of teaser video releases starting from its first day with the Outro: Long Journey trailer.

On January 3, the group gave a performance preview for their title track “Answer”, which was also preceded by the release of a captivating performance teaser poster on the 2nd. 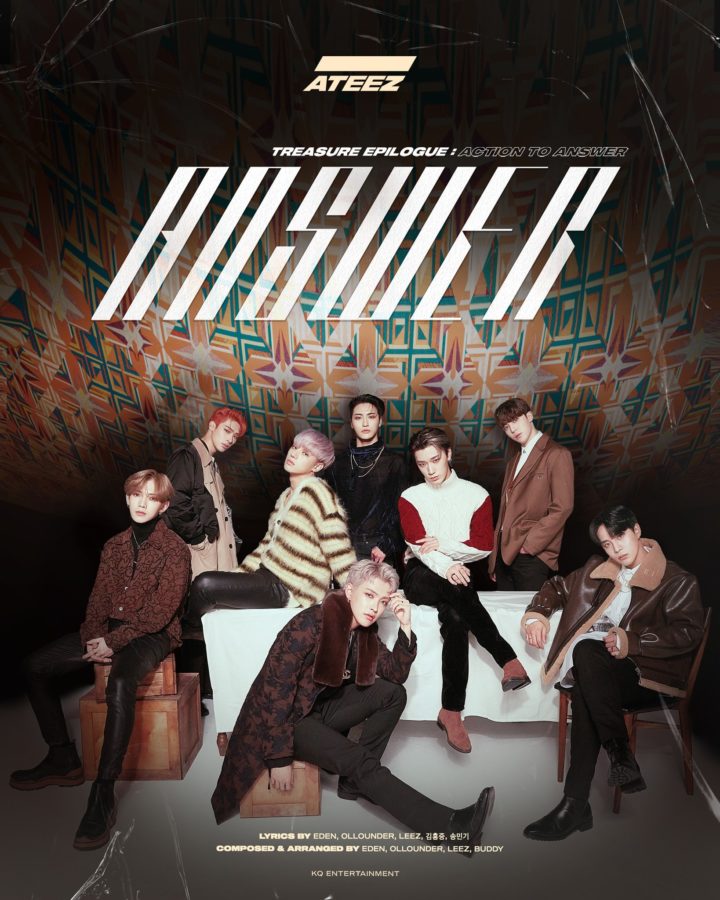 ATEEZ then brought the songs they prepared for Treasure Epilogue: Action To Answer through a highlight medley revealed on January 4 followed by a music video teaser for “Answer” on January 5.

Containing a total of five songs, Treasure Epilogue: Action To Answer was definitely a pleasant treat to music listeners as it was finally revealed on January 6. Accompanying the impressive title track are four b-sides with versatile sounds that hugely remind us of several other previous ATEEZ tracks musically.

“Horizon” probably has to be our favourite track on the album. This lively, club music-sounding song reminded us very much of “WIN” with a bit of “Dazzling Light”, and its beat drops effectively pump energy into our veins while listening.

Meanwhile, the ballad “Star 1117” gives us such warm and fluffy vibes with its soft sound and lyrics that leave us feeling lots of comfort, especially in the chorus. We wouldn’t be surprised if it gets mistaken for a K-Drama soundtrack – and we’d just love to leave a huge “yes” for Yeosang’s lines.

The dreamy EDM track “Precious” definitely, definitely reminded us of ATEEZ’ previous songs “Treasure” and “Utopia” with the references it incorporated and we’re more than glad to see it finally have a full-length version. As usual, Hong Joong’s spot-on rap flow deserves recognition especially in this song, and the way “Precious” ended is a masterpiece waiting to be hung at an art museum.

Lastly, “inspirational” is perhaps the best way to describe the track “Outro: Long Journey”, which has such a chilling sound thanks to both its background music and the narration saying “Look around you, did you find your dream? Did you find your treasure? Yes, we have finally found it, covering us like a shining light, setting us free like the winds coming from above. Can you see the changes?” it contains.

ATEEZ definitely outdid themselves with this comeback – and although we keep on saying this every time they return, it couldn’t be less true. The song itself takes on a mix of EDM and hip hop, highlighting the group’s trademark sound and utilizing their strong points despite not being as heavy-sounding as their previous tracks like “Wonderland” and “Pirate King”.

The calming instrumental it started with that led up to San’s first line and the chilling vocals that the group delivered throughout the song which matched its overall sound will definitely keep listeners hooked with how it’s such an easy listen but still radiate so much power.

Meanwhile, the music video for “Answer” – with its aesthetics and set designs – and the entire concept it revolves around had shown just how creative and well-thought-out the group’s entire Treasure series had been.

Circling back to elements from their past releases, the group showed two personas in the video – with one being their covered, masked selves as seen on the music video of “HALA HALA”, which also sounds the closest to “Answer” in terms of sound.

Again, “Answer” proved that all eight members of the group can own the title “main dancers”, thanks to the strong and beautifully synchronized choreography that they showed off for the song.

And of course, it’s not ATEEZ if it doesn’t leave us on edge towards the end – as proven by how a mysterious member appeared alone in a white suit with his face covered with no explanations at all. If anything, “Answer” just left us with more questions as it ended the Treasure series – like, what could ATEEZ’ next concept be like?

Photos and videos from KQ Entertainment

Hellokpop, as an independent Korean entertainment news website (without influence from any agency or corporation), we need your support! If you have enjoyed our work, consider to support us with a one-time or recurring donation from as low as US$5 to keep our site going! Donate securely below via Stripe, Paypal, Apple Pay or Google Wallet.
FacebookTwitter
SubscribeGoogleWhatsappPinterestDiggRedditStumbleuponVkWeiboPocketTumblrMailMeneameOdnoklassniki
Related ItemsATEEZTREASURE EPILOGUE: Action To Answer
← Previous Story All Those Admirable Moments Of Kim Myung Soo Embracing His Idol Roots & Acting Goals
Next Story → LOONA’s Haseul To Take A Temporary Break From Activities For Health Reasons