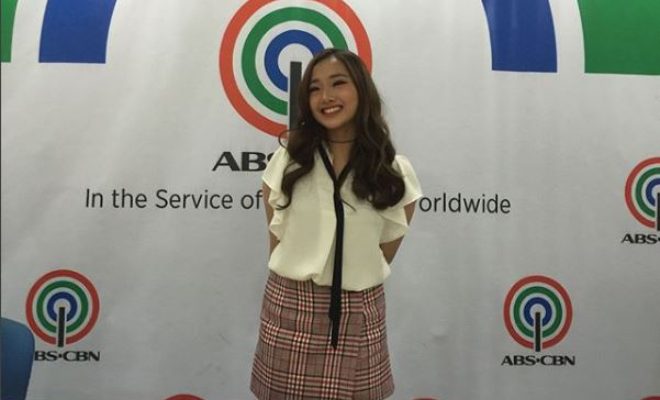 Fans of Kriesha Chu in the Philippines, you have a lot of luck this year!

Filipino singer Kriesha Chu comes home to the Philippines with bountiful of surprises for her local fans.

The singer, who was born in Makati and is currently active in South Korea as a soloist, has signed a contract with Philippine record label Star Music owned and operated by media conglomerate ABS-CBN.

Star Music will formally handle the career of Chu in the Philippines, while Urban Works Entertainment maintains its management on the singer’s projects in South Korea.

The K-Pop Star 6 contestant is expected to release new music under Tarsier Records, a division under Star Music.

During the contract signing on May 14, Chu expressed her happiness to bring her music to the local scene through the record label.

She also shared her desire to work with local talents Kathryn Bernardo and Daniel Padilla whose team up is known as KathNiel. According to the singer, she is a fan of a fan of KathNiel, having been exposed to local dramas including the love team’s Got To Believe.

Kriesha: I loved "Got to Believe." I'm a #KathNiel fan!

“That would be an honor. I love KathNiel,” she said, adding, if ever she ventures on acting in the Philippines, she will have to work on her Tagalog and acting. “I want to show a very, very good side of Kriesha Chu.

Still, Chu’s focused at the moment remains on music. “I want to be engaged music-wise. I’m working hard on music right now but if I could go to that directions, yes, I want to work with them,” she said.

Among Filipino singers, she named Aiza Seguerra who well-known for her hit song “Pagdating ng Panahon”.

Kriesha: I would love to work with Aiza Seguerra. I love the acoustic vibe.