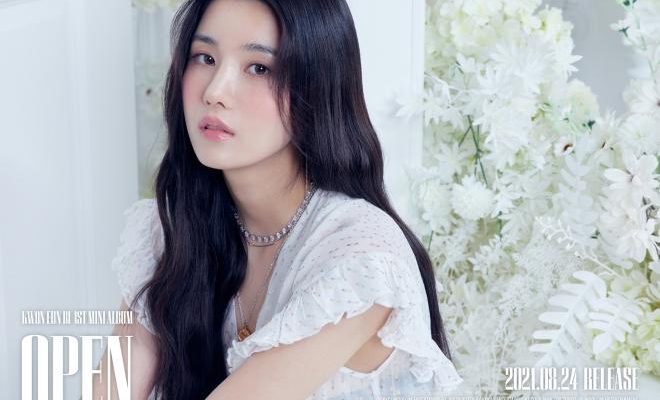 Pure elegance is how Kwon Eunbi can be described in the first teasers for her upcoming solo release.

Kwon Eunbi recently shared news about her first mini-album as a soloist. The artist began the official countdown towards its release by dropping two absolutely gorgeous concept photos. 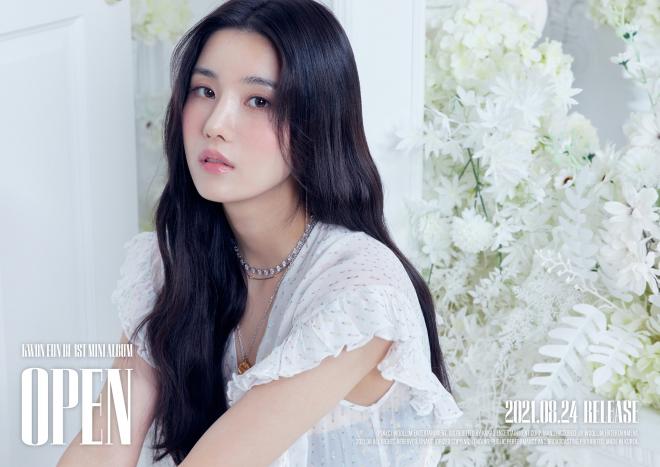 Woollim Entertainment revealed the images on August 11, through the idol’s official social media, drawing the attention of fans.  In the first shot, Eunbi captured the eyes with her pure looks. The white flowers in the background further emphasized on the innocent mood created in the photo.

Meanwhile, the second image brought a more classy style, showcasing the artist’s elegance in yet another white clothing. Kwon Eunbi perfectly boasted her reversal charms, raising the excitement for her solo debut. 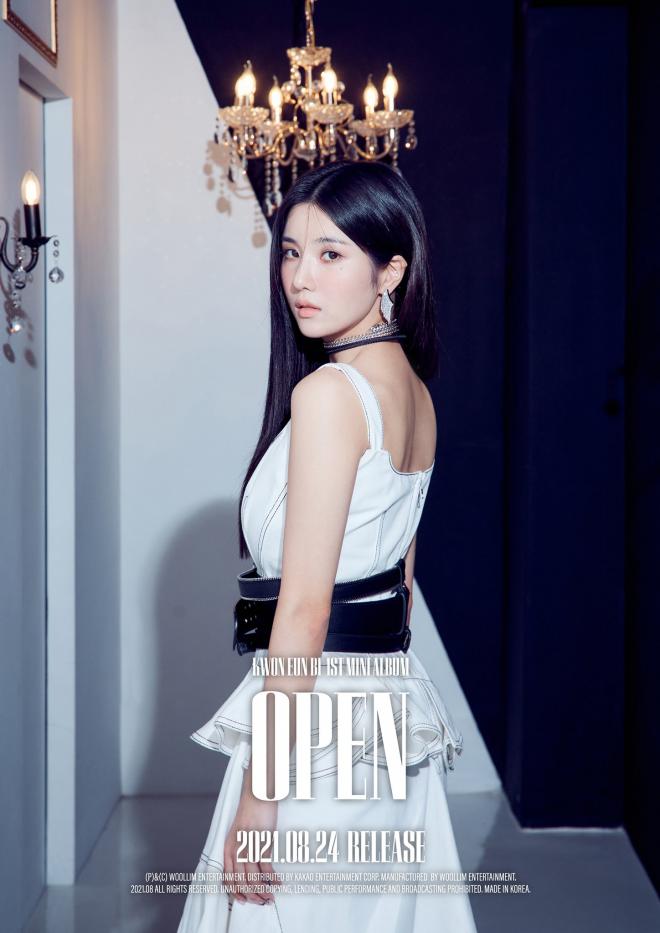 In addition, along with the concept images, the performer revealed the name of her mini-album, OPEN. Curiosity keeps rising about the type of music this talented artist will present through her new journey.

She previously shared a “coming soon” image which delivered a fresh atmosphere, heralding the beginning of the next chapter in her career. More teasers will continue to pop out in order to continue hyping fans and to reveal more details about this new album.

Kwon Eunbi is a former member of girl group IZ*ONE and has now embarked on a new course as a soloist. She captivated the public with her dancing and singing skills, establishing herself as a talented performer. She plans to release her first mini-album OPEN on August 24 at 6 PM KST.