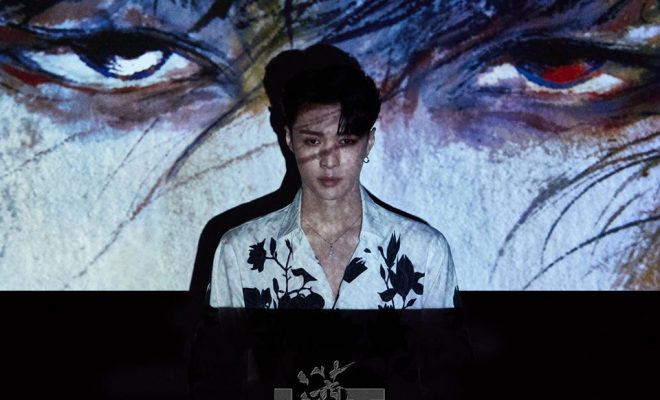 Summer calls for new music! And Lay has surely delivered the much needed bop for the same. The vocalist released his breezy number titled, “BOOM”. The track is part of the second half of his LIT album.

Lay’s album comes to completion with the final six songs, thereby concluding his twelve-track album. Following the success of his LIT, Lay has showcased his evolution as a musician. He has done so, by bridging two cultures and two sounds in an authentic and artistic way.

With “BOOM,” Lay brings the perfect summertime track that boasts of airy tropical beats merged with hip-hop elements. The track is smooth in its approach. The track has a very relaxed tone to it, one that will definitely get listeners on board with it.

On his forthcoming album, Lay has teamed up with GRAMMY Award-winning producer and songwriter Scott Storch. The producer/songwriter has also worked with ace artists such as 50 Cent, Beyoncé, DJ Khaled and Snoop Dogg.

Scott Storch has worked with Lay on the last six songs featured on the final piece of LIT. The second part of his LIT album is set to demonstrate a versatile blend of hip-hop and Mandopop.

Lay worked with producer Murda Beatz (Travis Scott, Gucci Mane, Drake) on the first six songs of the previous album. LIT is a handcrafted masterpiece featuring twelve tracks. Not only has LAY co-written each of the tracks, he also co-produced them as well.

Lay has impressed with his musical prowess especially after his third album NAMANANA that put him on the Billboard 200 chart and he became the first Chinese artist to enter the iTunes Top 60 in the US. Besides this, the singer received tremendous success this year internationally as well after featuring alongside will.i.am on Steve Aoki’s track “Love You More,” that reached No. 1 on the QQ Music China chart.

Moreover, the pre-order for Zhang’s album LIT went live on China’s QQ Music platform, and nine certification records were instantly broken at the time of its release. The digital album surpassed 1.5 million pre-orders within 7 minutes and 19 seconds of its launch. It rose to the top position on QQ Music’s daily and weekly album sales chart soon-after.

Additionally, the music video for “LIT” received over 1.6 million views on his YouTube channel, and over 5 million views in four and a half days. With over 100 reaction videos on YouTube within a week Lay’s music video’s release, this led to 1 million subscribers in that same week on his YouTube channel (officially June 6th). “LIT” debuted at No. 22 on Billboard’s World Digital Song Sales Chart while Lay peaked on Billboard’s Social 50 Chart at No. 36 as well.

Apart from being a stellar vocalist, Lay has mesmerized fans with his charms on various TV shows, films and as a host on multiple reality shows in Asia. He has made quite an impact with his stunning visuals while being the face of brands such as Converse, M.A.C, and Biotherm Homme in Asia, Calvin Klein and Daniel Wellington watches as well.

Hellokpop, as an independent Korean entertainment news website (without influence from any agency or corporation), we need your support! If you have enjoyed our work, consider to support us with a one-time or recurring donation from as low as US$5 to keep our site going! Donate securely below via Stripe, Paypal, Apple Pay or Google Wallet.
FacebookTwitter
SubscribeGoogleWhatsappPinterestDiggRedditStumbleuponVkWeiboPocketTumblrMailMeneameOdnoklassniki
Related ItemsBoomLaylay zhangLIT레이
← Previous Story Happy ARMY Day!
Next Story → ATEEZ Ushers In A New World For Their Comeback With “ZERO: FEVER Part.1”