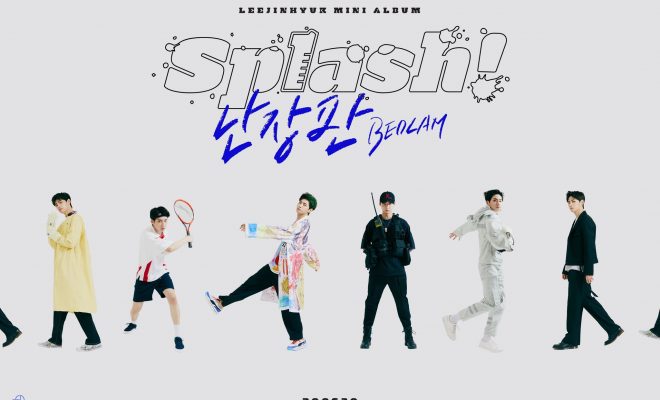 Lee Jin Hyuk brought the contrast of work and party in his latest comeback teasers.

Lee Jin Hyuk is getting ready to make a Splash! in just a couple of days and he hasn’t stopped delivering sweet treats along the way. 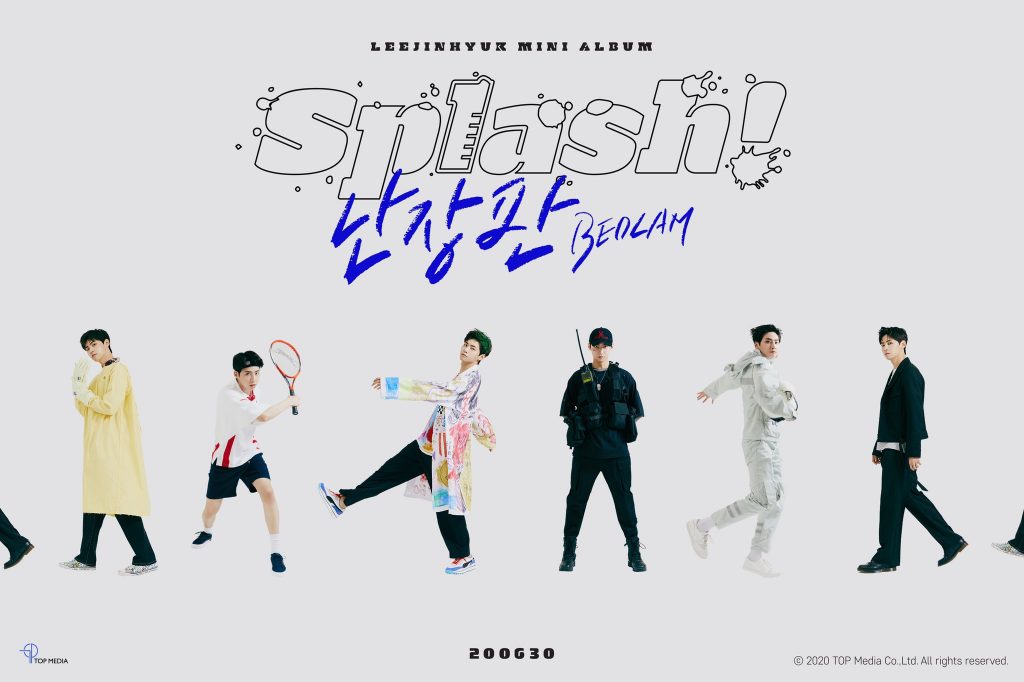 The artist revealed his first music video teaser for the title track “Bedlam”. He delivered quite a messy yet funny image through it, raising expectations about the type of song this will be.

In the video, Jin Hyuk wore a protective mask while sitting alone in an office. After receiving a notification though, he stands up to turn the whole place upside down. It hints of a song people can listen, to loosen up and have a little fun.

Although, the office concept did not stop there. The idol also revealed two lyric photos in which the clean and messy contrast was yet again visible. The lyrics further remind of an exciting song heading our way.

The working space and the party cakes seem to be the focus. Even the track list which was revealed used cakes and all types of sweets in its background image.

As specified, the mini-album Splash! will be featuring seven songs. Though, the last track, “Don’t Worry”, will only be available to listen to on the CD.

Overall, Lee Jin Hyuk took active part in writing the lyrics and helping with the composing for almost all the songs in Splash!

Previously, the idol revealed a solo and role photos, featuring colorful concepts. We are expecting him to continue this fun vibe in the next teasers and especially in the mini-album.

Meanwhile, Lee Jin Hyuk will come back with Splash! and its title song “Bedlam” on June 30.