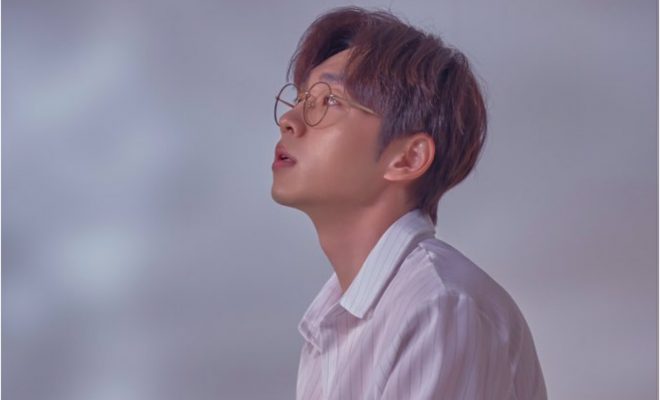 Soloist Lee Seok Hoon will be returning with a new single on July 8. Previously, the artist’s agency, C9 Entertainment unveiled an image teaser on June 29, which also served as an announcement of the comeback date. 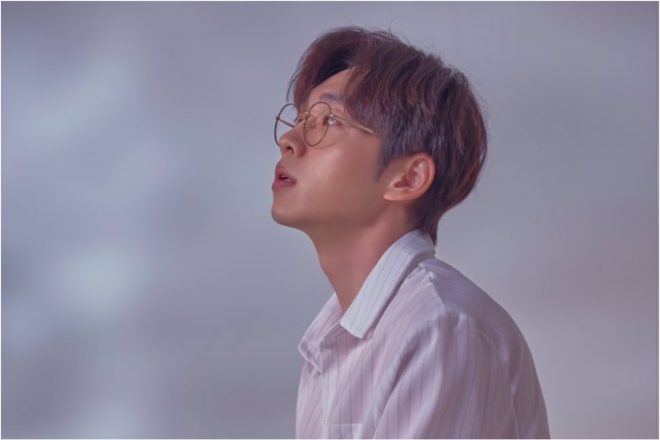 Painted in all-blue, the image captures the picturesque scenery. It also has melancholic vibes hinting at the overall feeling of the upcoming single.

Then, on July 2, C9 Entertainment revealed the lyric image teaser of the new song through their official SNS.

The snapshot shows the back of Lee Seok Hoon who stands alone between the clear blue sky and green forest. On top of the picture, the new song title “내가 네게 하나 바라는 건” is written. Known as a vocalist, who can move hearts, Lee presents a love confession song through “내가 네게 하나 바라는 건”.

An outstanding artist, he had numerous hit songs like “Don’t Forget The Moment We Loved”, “Today Was Better Than Yesterday”, “Don’t Love Me”, “You Were You” and more. Additionally, the vocalist is known for his participation as an OST Artist for various dramas like Rookie Historian Goo Hae Ryung, Partners For Justice 2 and Go Back Couple.

Through this new song, expectations are raised as to what emotions will Lee evoke from the listeners. Making a return after eight months, Lee Seok Hoon’s new single, “내가 네게 하나 바라는 건” will be released across various music sites on July 8 at 6 PM KST.