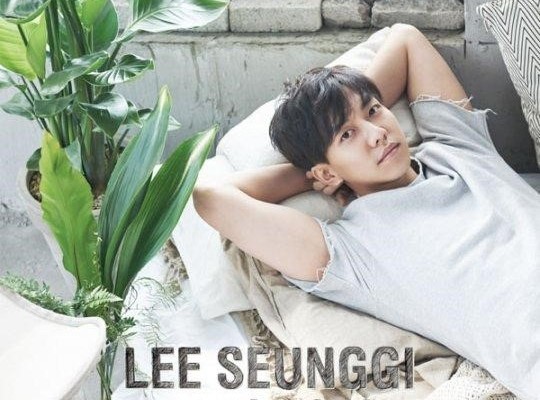 Lee Seung Gi Says “Meet Someone Like Me” In New MV

Lee Seung Gi’s new single titled “Meet Some One Like Me” has just been unveiled today even though he is currently in the military.

Penned by world-famous star Psy and songwriter Yoo Gun Hyung, the song is like a small diary that records the moments before Lee entered the military, as well as sketching his wonderful periods of time as a singer.

Lee Seung Gi made his singing debut with the hit track Because You are My Girl, which was produced by Psy. The two have had a close rapport for years and always support each other. In addition, Lee also made his appearance as a special guest at Psy’s annual Christmas concert to cheer on his senior last December.

Watch and enjoy the clip below:

Hellokpop, as an independent Korean entertainment news website (without influence from any agency or corporation), we need your support! If you have enjoyed our work, consider to support us with a one-time or recurring donation from as low as US$5 to keep our site going! Donate securely below via Stripe, Paypal, Apple Pay or Google Wallet.
FacebookTwitter
SubscribeGoogleWhatsappPinterestDiggRedditStumbleuponVkWeiboPocketTumblrMailMeneameOdnoklassniki
Related ItemsBecause You are My GirlLee Seung GiMeet Some One Like MePsy
← Previous Story AOA’s Jimin, EXO’s Xiumin Together ‘Call You Bae’
Next Story → Watch BIGBANG’s Seoul Concert Live on V-App!