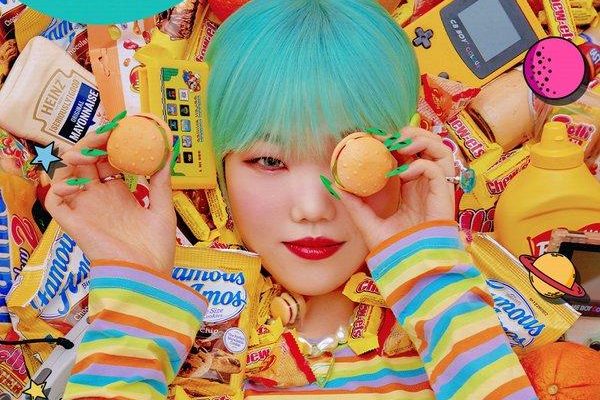 Lee Suhyun will be gifting everyone a delightful extraterrestrial themed music with her first-ever single “ALIEN”!

Written by her brother Lee Chanhyuk, Lee Suhyun of the famous duo AKMU, will release her first solo song “ALIEN”. She also announced recently that she will be interacting with fans via special online countdown party before releasing her single on October 16. 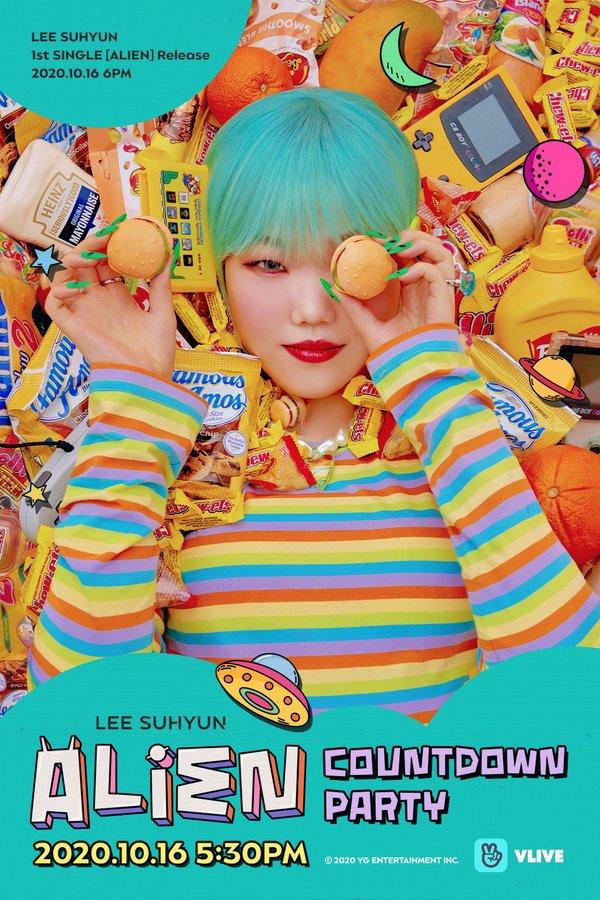 In preparation to her comeback on October 16, Lee Suhyun will be hosting her “ALIEN Countdown Party”. To be streamed via Naver V LIVE on October 16, the countdown party will start at 5:30 PM KST, 30 minutes before the official release of the song.

The event will broadcast with the theme of galaxy that reflects the concept of her “ALIEN” music video. That same day, she will be having fun with her fans through variety of sections, including introducing her first single “ALIEN”, music video behind-the-scenes, and decorating postcards for fans.

The mysterious “WHO’s NEXT” teaser

YG Entertainment first teased fans through a poster “WHO’S NEXT?”, with the date October 16. Without mentioning any particular artist, the photo carried a clever design featuring UFO and an alien standing on a trophy with pink ribbon.

Trip to the galaxy with Lee Suhyun

After dropping a cute yet cryptic teaser photo earlier, YG Entertainment has now finally revealed the name of the artist preparing for a new comeback. The artist is none other than AKMU’s Lee Suhyun.

In the new striking poster, Lee Suhyun’s name was written on an illustrated UFO license with the galaxy background. The driver’s license was filled with cryptic information along with her picture as a green alien.

Then on October 7, the agency has finally released the title poster of her first single “ALIEN”. They also announced previously that her upcoming single is a fresh and unusual song that will exceed everyone’s expectations. 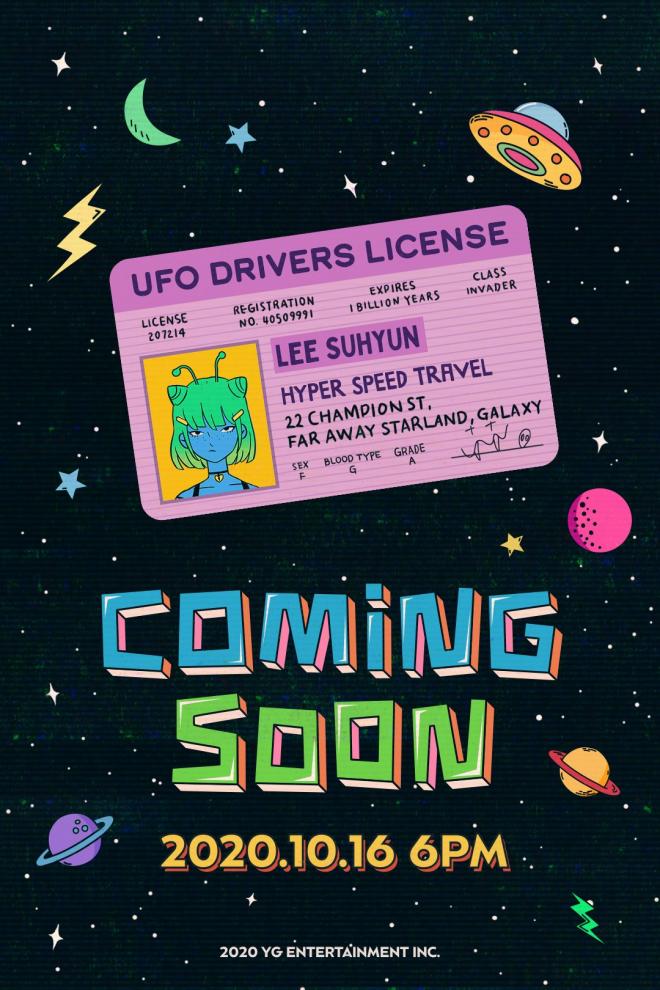 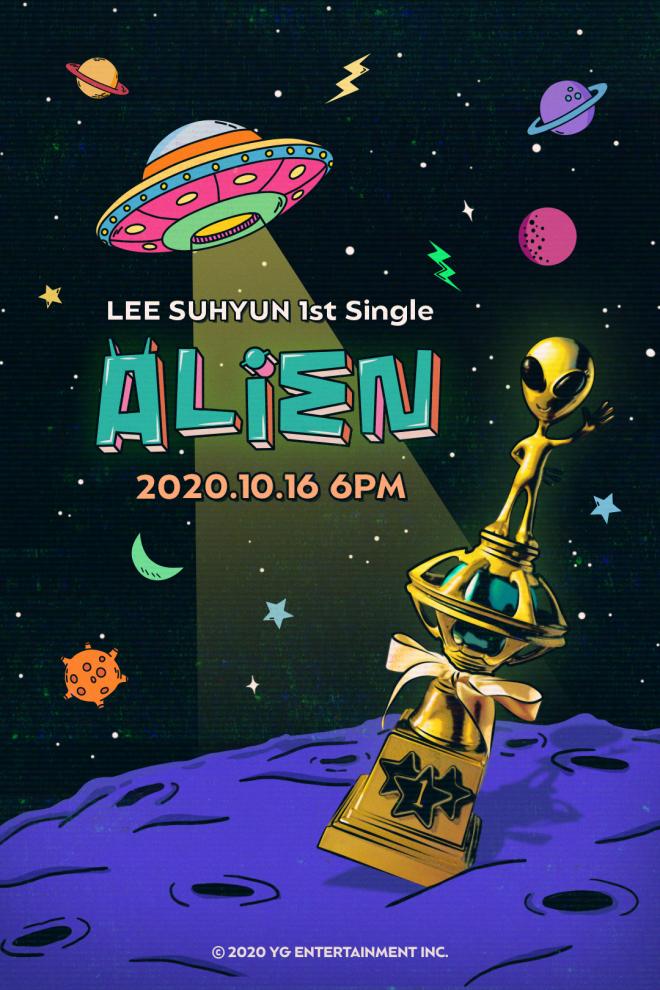 Marking her first solo song in six years since debut, Lee Suhyun released a credit poster, featuring the names of the people behind her single. Particularly, her brother and AKMU co-member Lee Chanhyuk, was credited as the lyricist and composer of “ALIEN”. In addition, the talented producer PEEJAY, was also listed as the arranger and composer, along with Seo Dong Hwan. 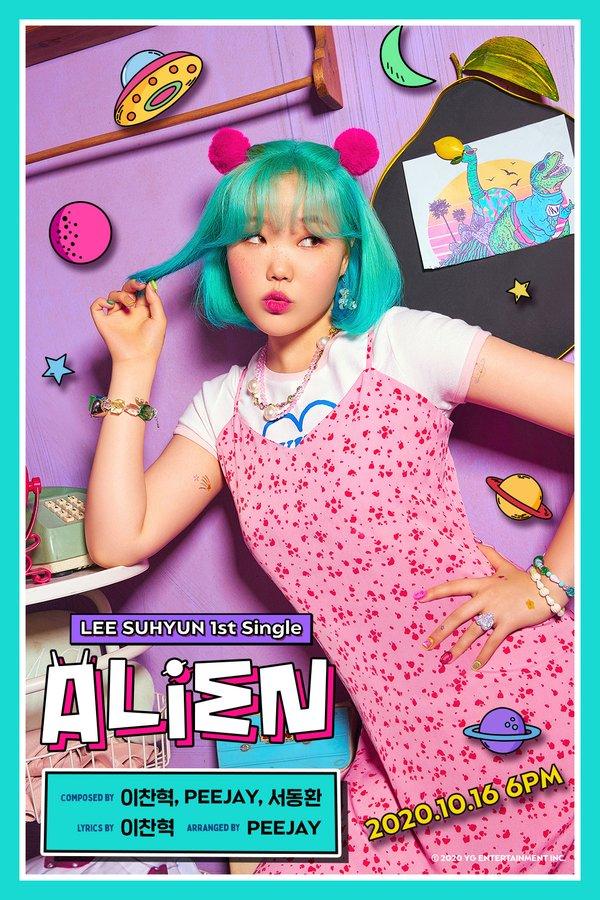