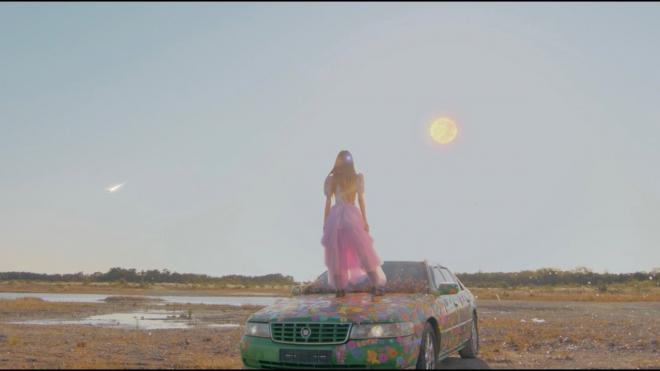 LOONA surprised fans by unveiling a video teaser titled, “New Moon” across various SNS platforms. The release may indicate a future project in the works, exciting fans. Furthermore, the video expanded LOONA’s rich worldview which developed steadily since their group debut in 2018. 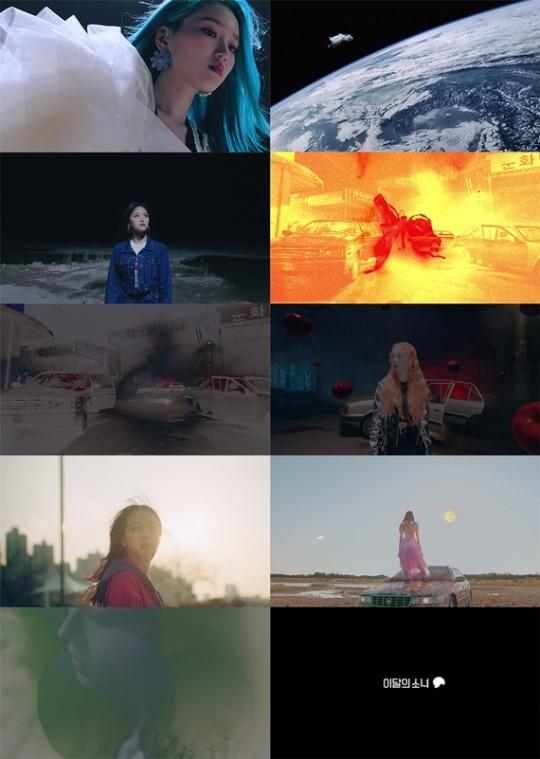 The video first caught attention in its opening scenes as Gowon flew alone in space, peering down at Earth. The teaser then revealed Hyunjin, looking up into the sky. A symbolic butterfly also flew into the scene, appearing to capture or embody the connection between the two members.

Additionally, Yves and Vivi appear in between rapid scenes of roller-skates and an apple, Yves’ symbolic fruit. Furthermore, past scenes of Vivi appear in the teaser, rousing fans’ curiosity surrounding the narrative connection between past and present. The teaser also represents the relationships within LOONA’s pre-existing worldview, showing rapid scenes of Heejin and Olivia interchanging.

The latter half of the video, featuring Chuu, included many inverted scenes which also piqued fans’ curiosity further regarding future stories this project may explore. The very last frame displays the group’s logo disappearing, possibly signaling a major change or shift in the LOONA universe.

In particular, fans’ excitement increased following a scene featuring a member that appears to be Haseul. While many fans suspect Haseul, who has been absent for health reasons, will make her return with this project, LOONA’s agency has yet to make an official statement.

Meanwhile, the group’s worldview, LOONAVERSE, continues to attract fans domestically and abroad. Its unique storylines and its scale of immersion within the group’s concepts since debut resembles a cinematic scale.