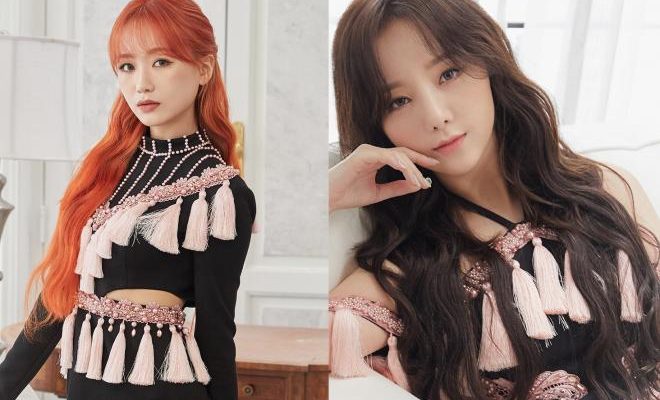 Sujeong and Kei take over as the next members to reveal their individual teasers.

Lovelyz is on a row with the different teasers coming out everyday, with Sujeong and Kei up next to put their visuals on display for the upcoming album Unforgettable. 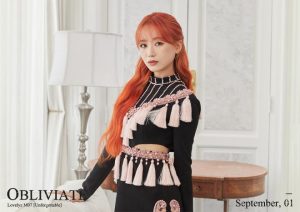 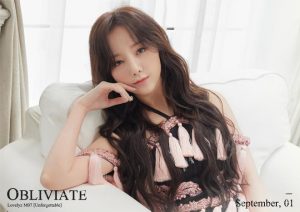 The lovely girls showcased perfection with their solo shots. From Sujeong’s unique hair color to Kei’s pure beauty, the two bring out their own flawless and unique images. Their agency also shared individual videos to further accelerate the welcoming excitement.

The clips portrayed the innocence of the two members until a more mature feel took over. Above all, both girls looked marvelous with their unique appearance and the addition of the white rose, later covered with black stains.

Sujeong and Kei were the second duo to deliver these incredibly beautiful teasers after members Yein and Mijoo. The following days will focus on the remaining girls that surely heightens expectations from fans.

Previously, Lovelyz showed two different concept images. The first one showed the girls dressed in dark clothes and giving off a new and mature vibe. Meanwhile, the second one focused on a more pure and elegant feel.

The third concept is slowly being unveiled after starting with a group teaser and continuing with two different members every day.

In addition, Lovelyz released a lyric spoiler for its title track “Obliviate” and later shared the tracklist for Unforgettable. In particular, the mini album will include six songs, with Sujeong taking part in the lyric writing for the main track.

After the individual teasers are completed, the group will move to the Highlight Medley, Jacket making and music video teasers.

Lovelyz is scheduled to release the 7th mini album Unforgettable on September 1 at 6 PM KST.