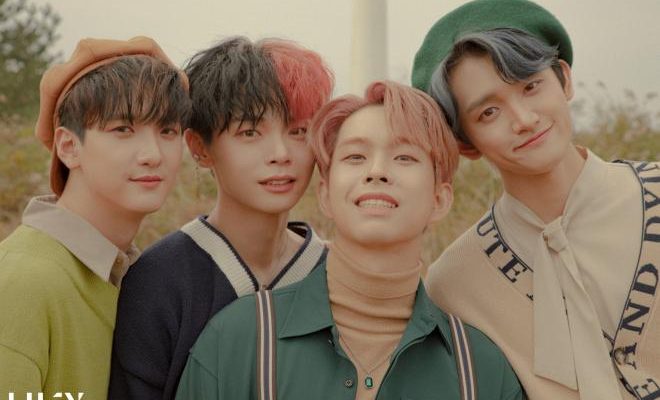 LUCY prepares to warm the hearts of fans with their upcoming third single “INSIDE”!

South Korean band LUCY has set the dates for its comeback countdown with the schedule poster for “INSIDE” revealed on February 4! 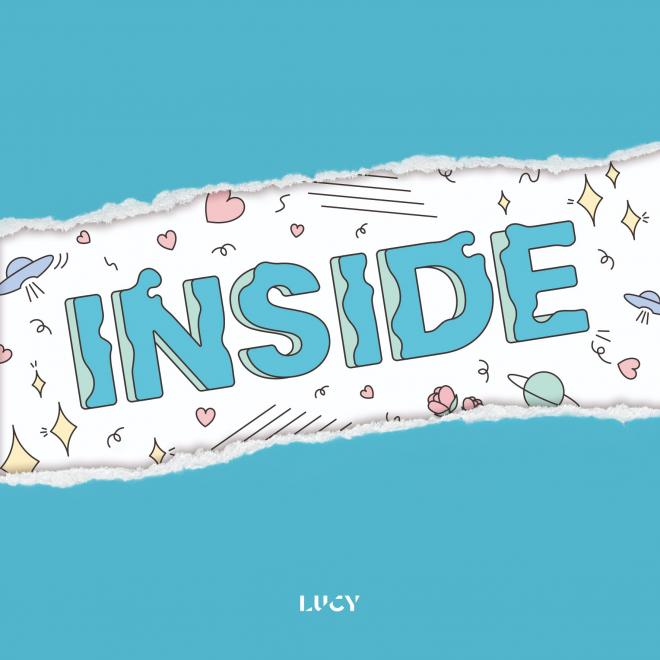 Mystic Story’s four-member band LUCY is edging closer to their comeback. To help fans keep track of the teasers released, the band has introduced the important dates that they should take note of.

Ahead of their third single’s release on February 16 at 6 PM KST, they will be sharing the track list on February 5. On the following day, February 6, lyrics art will be released.

From February 8 to 10, they will drop three teaser photos, namely Photo #1, Photo #2, and Photo #3. To give a better look of the new music they have prepared for fans, they will be releasing track previews and music video teaser on February 13 and 15 simultaneously.

“INSIDE” is a song that contains an undisclosed inner story and sings about the energery and warmth rising from the inside. The album cover image shows a refreshing and hopeful atmosphere. It has fantasy elements such as spaceships, planets, and the use of various colors.

Through this, LUCY is expected to deliver hope and comfort to its listeners with their own positive energy. 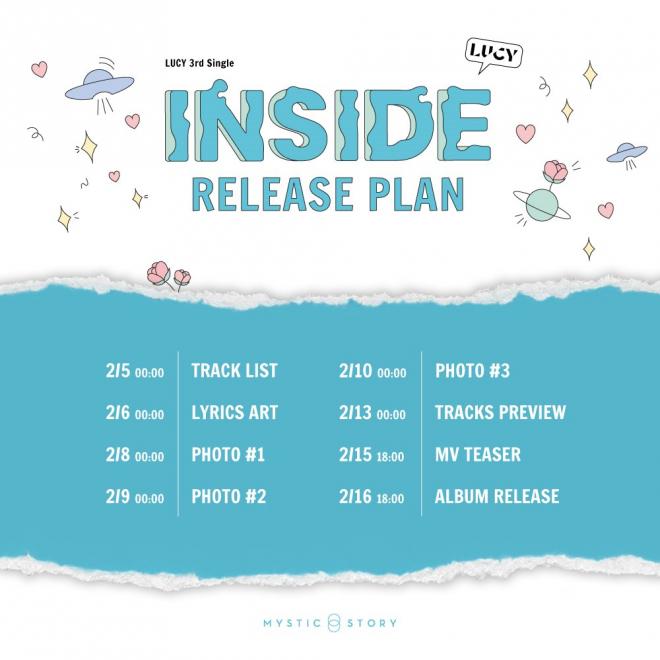 LUCY debuted on May 8, 2020 with their first single “Dear”, after winning second place in jTBC’s  audition show SuperBand in 2019. On August 2020, the band released their first mini album Panorama and their second single Snooze on the following month, November.

LUCY is a four-member band consisting of Shin Ye Chan (leader and violin), Choi Sang Yeop (vocalist and guitar), Jo Won Sang (bass and producer), and Shin Kwang Il (drums and vocal). Unlike typical bands, LUCY has a violinist instead of a lead guitarist.

Proving their rich musicality and potential as a next generation band, their first mini album — Panorama‘s title track “Jogging” — was selected as one of The 20 Best K-Pop Songs of 2020 by U.S. Billboard critics.

Their upcoming third single “INSIDE” marks as the conclusion of their four-season project; “Blooming” in spring, “Jogging” in summer, “Snooze” in fall, and “INSIDE” in winter.

Meanwhile, LUCY will drop their third single “INSIDE” on February 16 at 6 pm KST.