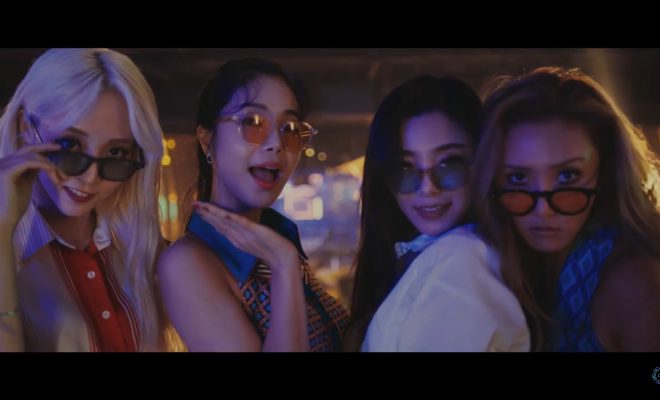 MAMAMOO Twinkles With A Brilliant Glow For “Gleam” Music Video

MAMAMOO shines in wonderful colors with their newest music video.

On July 24, MAMAMOO released their new song “Gleam” as a special single for Moomoos – who happily received the retro summer-vibed track perfect for the sunny season!

Donning different styles of sunglasses, the girl group accentuated the bright melody of the song with both their outstanding visuals and voices. Taking the center stage, Wheein and Solar’s vocals controls the tune in a cool, calm and collected way.

Meanwhile, Hwasa’s high notes embellishes the song with a crisp and refreshing sound. Moonbyul, on the other hand, brings in a street style, hip-hop rap verse that balances out the track in a steady manner.

”Gleam” is different from title tracks like “Gogobebe” or “Starry Night”. It is packaged as a special single so it is not as explosive as their previous charting songs.

The track is energizing in its own special, MAMAMOO way. With its easy listening melody, it could be marketed as music for commercials, particularly for eyewear as the music video suggests.

All in all, it highlights the colorful images of the glowing members with their own unique flair. Watch the music video below.

MAMAMOO projects dynamic stages as power performers. The quartet finished their four-part extended play series on March 14 with the release of White Wind.

Solar, Moonbyul, Wheein and Hwasa have been meeting with fans all around Asia for their 2019 MAMAMOO Concert 4Seasons F/W. They will have two upcoming shows on July 27 and July 28 at the Daegu EXCO in Daegu, South Korea.

On August 11, they will also fly to Yokohama, Japan to perform at the Pacifico Yokohama. Finally, MAMAMOO will spend time with Moomoos at the Zepp Osaka Bayside Arena on August 13.

The girl group has also been confirmed to participate at the upcoming Mnet variety show, Queendom.