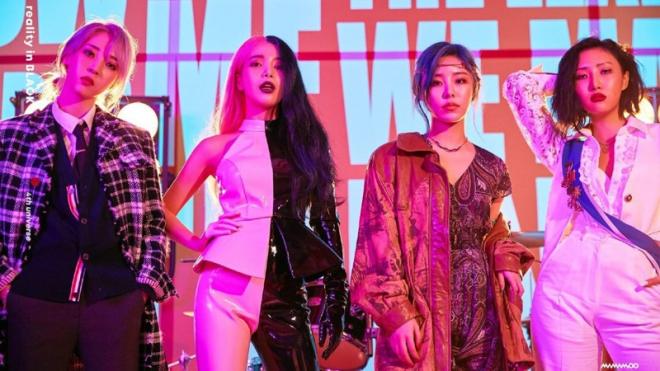 Hats off to MAMAMOO for clinching their first-ever music video to surpass 200 million views on YouTube!

Charismatic K-pop girl group MAMAMOO has unlocked a new milestone on the YouTube platform with their well-loved track “HIP”. 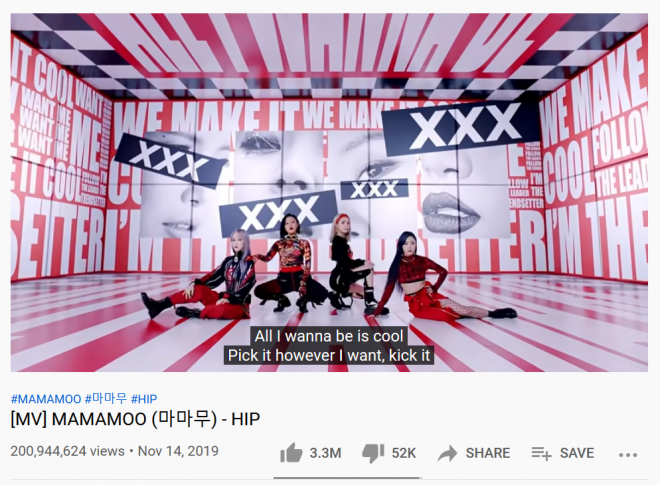 In the morning of December 16, the femme fatale quartet’s music video for “HIP” has successfully exceeded the 200-million mark on YouTube. Notably, it officially became their very first music video to hit the said impressive massive view count on their official channel. They bagged the amazing record in around one year, one month, and one day after its successful worldwide release.

Solar, Moonbyul, Wheein, and Hwasa released the stunning music video for “HIP”, the title track of their second full-length album reality in BLACK, on November 14, 2019, at 6 PM KST. The sexy and groovy song took over the number one spots on various domestic major realtime charts. It also placed fifth on iTunes Top Songs Charts in over nine countries worldwide.

In related news, MAMAMOO’s beloved leader Solar has finally joined the Instagram community. The delightful announcement was shared in a recent post on the group’s account.

The idol launched her official account though no posts yet as of now. Just a few hours after joining the social media platform, she already raked in more than 240,000 followers. Other members namely, Moonbyul, Wheein, and Hwasa also have their personal Instagram accounts.