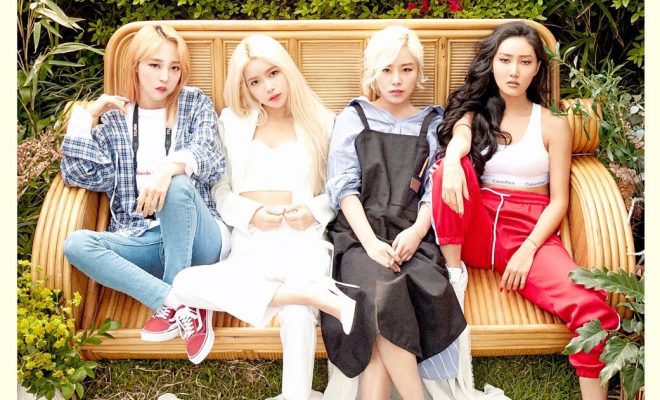 MAMAMOO Gears Up For Comeback Next Month

The talented MAMAMOO members are ready to color your world next month!

RBW Entertainment’s MAMAMOO is set to release their 7th EP on 16 July 2018 at 6pm. This album is part of their Four Seasons Four Colors Project as the summer installment.

According to their agency, the new project will showcase the quartet’s passionate charm complementing the sunny vibe of summer.

The girl group have already posted a teaser image on their social media, captioning it with “coming soon”. 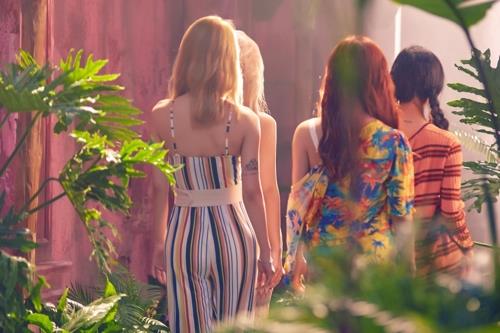 Last March, they released their sixth EP, Yellow Flower, garnering global and international attention with their single, “Starry Night”. Since then, the girls have also completed solo activities.

Solar, Moonbyul, Wheein and Hwasa have been consistently making their mark in the music scene as they receive countless praises for their vocal prowess and colorful music style.

ALSO READ:  The Real Story Behind MAMAMOO’s Vibrating Lightstick For The Great Win On Disabilities

Known for the jazz vibe, retro hints, and R&B concept, MAMAMOO debuted in 2014 through RBW Inc (Rainbow Bridge World). The girl group boasts powerful vocals, and was named as one of the best K-pop acts to debut in 2014. They have produced one studio album and a few hit tracks, which include “You’re the Best”, “Um Oh Ah Yeh”, “Decalcomanie” and “Yes I Am”.

Recently, they celebrated their 4th debut anniversary. Keep updated with Mamamoo’s comeback through their Twitter.

We need your support! If you have enjoyed our work, consider to support us with a one-time or recurring donation from as low as US$5 to keep our site going! Donate securely below via Stripe, Paypal, Apple Pay or Google Wallet.
FacebookTwitter
SubscribeGoogleWhatsappPinterestDiggRedditStumbleuponVkWeiboPocketTumblrMailMeneameOdnoklassniki
Related ItemshwasaMAMAMOOMoobyulSolarstarry nightwheein
← Previous Story Momoland Releases 4th Mini Album “Fun to the World”
Next Story → UNB Promises Jaw-dropping Performance In New “BLACK HEART” MV Teaser