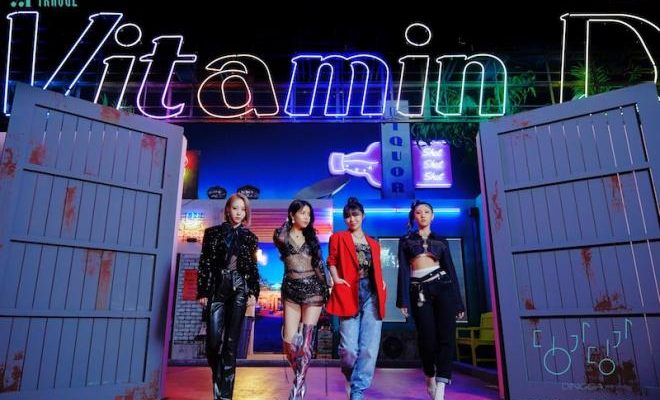 Staying safe at home might feel a lot more challenging now, but MAMAMOO’s got you (and your happiness) covered.

Need some extra happiness while staying home? No worries, MAMAMOO has you covered – as they gear up for a release of brand new music.

Earlier this month, RBW Entertainment announced that Moonbyul, Solar, Wheein, and Hwasa will be gifting the world with their take on funky music through a new upcoming mini album, titled Travel. According to their socials, it is slated for release on November 3.

To give fans a preview of their upcoming music, the girls will be pre-releasing “Dingga” on October 20. The track has been described as one with a retro feel and witty lyrics, and a music video preview was unveiled recently:

“Everyone’s feelings will be made a little bit better with MAMAMOO’s witty lyrics,” a representative from RBW Entertainment explained. “For people lacking Vitamin D, we will deliver happiness energy through MAMAMOO’s funky music.”

This comeback comes a year after their highly successful studio album, reality in BLACK. The title track, “HIP,” topped music charts everywhere and garnered 100 million views – making it their first music video to achieve such a feat.

Additionally, each member has also been working on solo endeavors—such as releasing chart-topping solo music and featuring in variety shows.