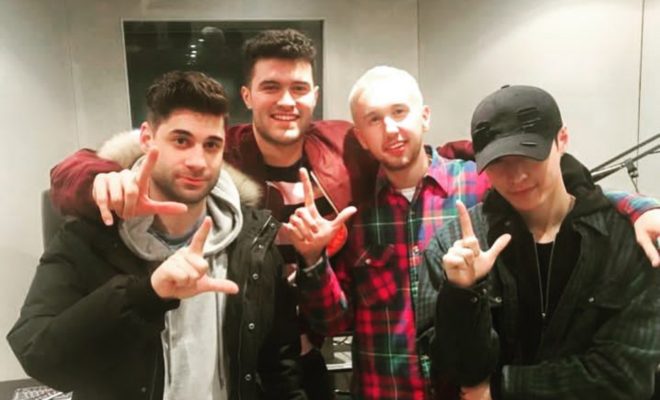 Producer Paul Thompson of MARZ Music Group has nothing but kind words for EXO’s Lay whom he worked with on some of the latter’s songs.

Thompson expressed his admiration and gratitude to the singer-songwriter on his Instagram account, @marz_music. He posted a photo of the EXO member’s gift along with a caption that praises the latter for his hardworking and kindness. He also thanked the K-pop idol for taking time to write a personal message for the people he worked with.

@zyxzjs is one of the hardest working artists I have ever met but he still has the time to write personalized messages to all the writers and producers who worked on his album. His kindness and authenticity are inspiring. Thanks for the kind words, bro! Let’s work on another project soon.

Thompson’s posted photo was Lay’s album NAMANANA which the singer-songwriter signed. He wrote a message along with it that reads, “Thank you, bro, because of you, I can meet a lot of songwriters to make good music. Hope you like it.”

@zyxzjs Is One Of The Hardest Working Artists I Have Every Met But He Still Has Time To Write Personalized Messages To All The Writers & Producers Who Worked On His Album. His Kindness And Authenticity Is Inspiring. Thanks For The Kind Words Bro! Let's Work On Another Project Soon!! #레이 #张艺兴 #張藝興 #Yixing #Lay #엑소#EXO #NAMANANA #GiveMeAChance#DontLetMeGo #MapuTofu #夢不落雨林 #愛到這 #麻婆豆腐 #快門回溯#SMTown#SMEntertainment #SMEnt #MZMC

The producer and the EXO member have worked on various projects together including “Mask” and “Hand” from the latter’s Lay 02 Sheep and “Namanana”, “Give Me A Chance”, and “Don’t Let Me Go” from the NAMANANA album.