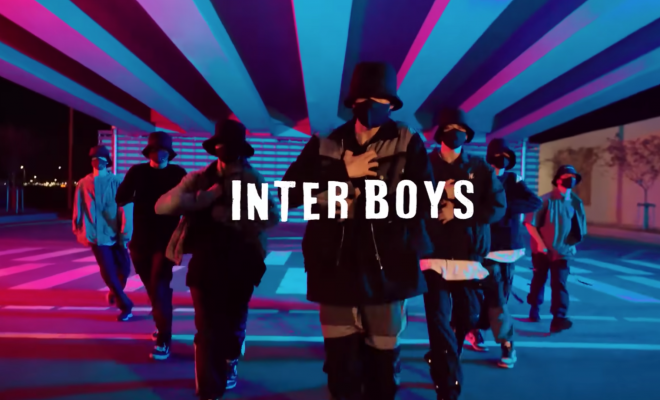 INTER BOYS storm the scene with a powerful cover, teasing the upcoming projects to come ahead of their debut.

INTER BOYS made a strong impression with their first full video release. The new group was formed by Interpark’s subsidiary, Interpark Music Plus, and already demonstrates impressive potential. Ahead of the group’s debut, the members delivered a powerful cover of Stray Kids’ “Back Door”, amassing interest for their upcoming original projects. 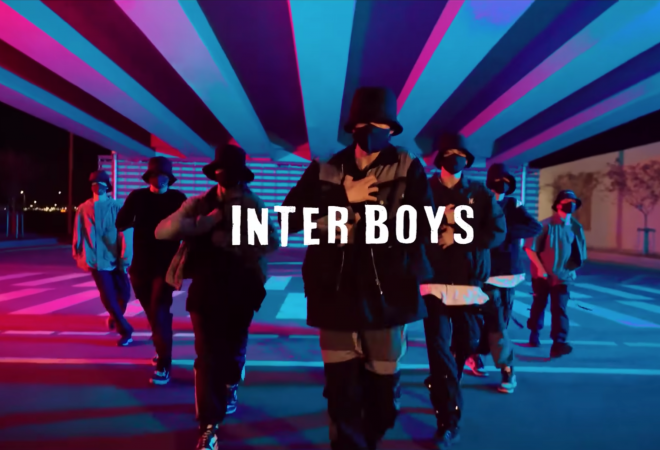 Under what appears to be a bridge, the INTER BOYS launch into a synchronized flurry of choreography from Stray Kids’ “Back Door”. The members’ faces remain hidden, obscured by masks and bucket hats, which only increase viewers’ curiosity.

The cover selection was an apt choice given Stray Kids’ immense global popularity and speaks volumes to INTER BOYS’ intentions to display promising appeal to global K-Pop fans. Moreover, while honoring their seniors, the group also intrigued viewers with their crisp performance of the choreography.

As such, many eagerly await their original releases, wondering what types of stages and music INTER BOYS will release following their debut.

The group is the first set to debut under Interpark Music Plus, a subsidiary of Interpark. The company will produce idol groups using Interpark’s existing infrastructure while enlisting experts from creative fields to found a systemic system under which their artists will debut, delivering refreshing and unique narratives to fans.

Meanwhile, fans can expect new content from the members weekly, beginning with this cover release. The group already unveiled a teaser for their next content, dropping August 4.

Furthermore, the group plans to meet fans quickly, preparing to debut sometime during this year. Fans can keep up with INTER BOYS on their newly launched social media platforms.