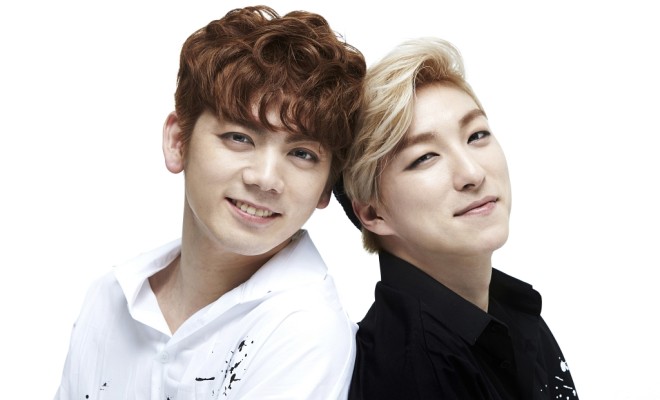 Rookie duo X10 (hangul: 엑스텐), managed by Happy Star Entertainment, has released their first MV, titled Choice, featuring Kim Soo-ah. The members, K-Bean and KONAN, are seen in the video as two aspiring street musicians who dream about becoming superstars, but their reality is much more different–and for the benefit of the viewers, really funny.

Check out the hilarious MV below and let us know what you think about this funky song!