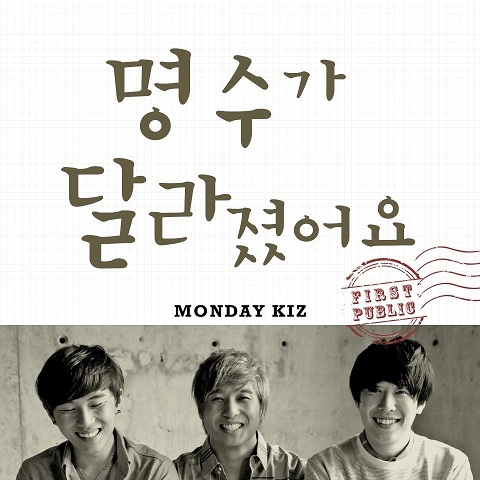 Monday Kiz returns with ‘Our Myungsoo Has Changed’ for Healing Activity

Vocal group Monday Kiz has returned to the music scene within a year.

On October 25, they released a song titled Our Myungsoo Has Changed on the online music charts. The newly released song has a country feel with a medium tempo rock style arrangement, with honest and hopeful meanings.

The character in the song, Myungsoo, who used to be picked on a lot as a student, has completely changed and amazes his friends at the school reunion. With a story that isn’t usually taken easily, Monday Kiz’s leader Lee JinSung was able to make it fun and hopeful. This song is gaining more attention as it has been categorized as a 19-year old and above song.

The song Our Myungsoo Has Changed is one of the songs that will be part of the special album Healing Activity, which is scheduled to be released on November 8.

Here is their music video for Our Myungsoo Has Changed.