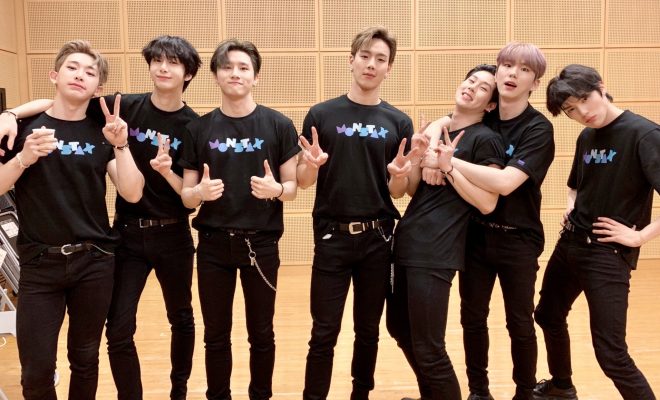 Four years – that’s how long MONSTA X and Monbebes have been making memories together so far!

In celebration of their fourth debut anniversary, MONSTA X greeted their beloved Monbebes with various sweet messages, which made such a special day even more memorable! 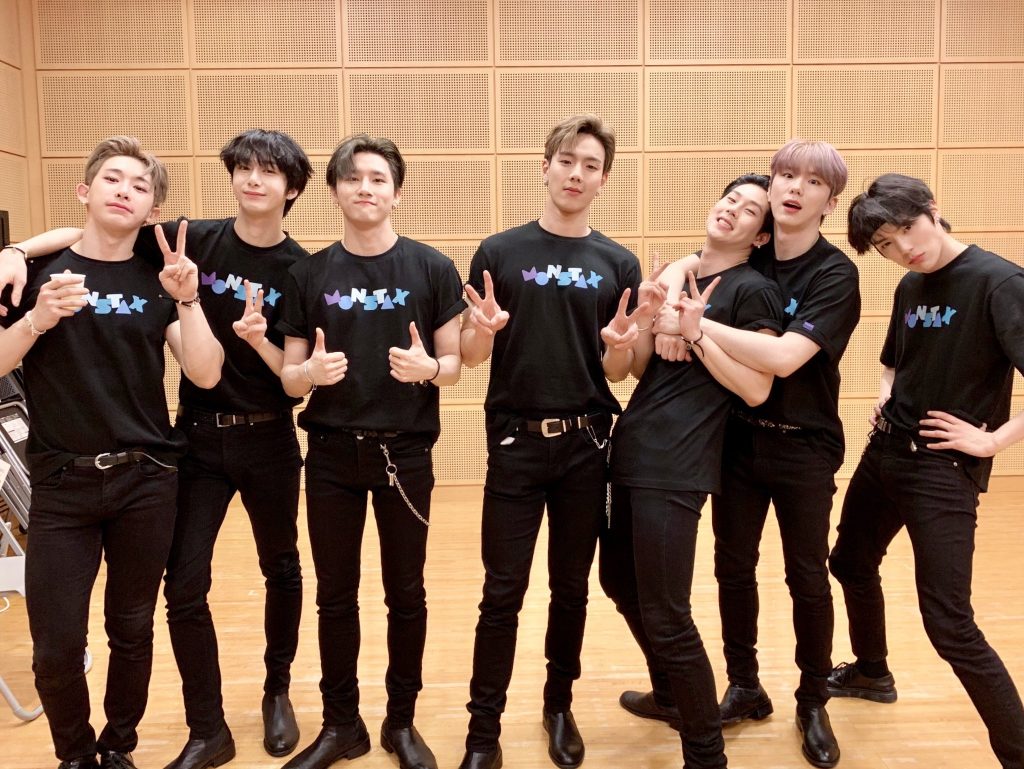 The group first posted a video greeting on their social media accounts to officially commence the celebration on May 14, which Wonho began by introducing the day as MONSTA X’s birthday.

“It feels like it was just yesterday when we met. I can’t believe that four years have already passed,” vocalist Kihyun said.

“We made a lot of memories in those four years,” Hyungwon also said, asking Monbebes if the times they spent with the group had been fun afterward. He also posed the same question to his group members, to which the group’s maknae I.M answered, “My four years with Monbebe are only filled with beautiful, happy memories”.

“I hope that you’ll continue to make good memories with MONSTA X in the future,” Minhyuk chipped in.

“Monbebe, promise us that you’ll continue to be with MONSTA X for our fifth, sixth, and seventh anniversaries!” rapper Jooheon said as well.

“Thank you to everyone who has been with MONSTA X and greeted us today. Thank you!” leader Shownu said last, and all seven members wrapped up the video by saying “I love you Monbebe” together with all their heart.

The boys also shared their sweet, handwritten messages to their Monbebes on social media later on. Through it, they shared both their feelings regarding such a milestone in their lives which they achieved, thanks to their fans’ continuous love and support.

“Thank you for always being with us! We will become a cooler and more matured MONSTA X. Thank you for being our source of strength and I love you!” Shownu wrote.

“Monbebe, it is already our fourth anniversary as MONSTA X! We have made unbelievably beautiful memories and I hope to make similar – no, even more – of those memories in the future. Thank you for letting me work hard to always show a better side of myself and for letting me know that love is something to give and take,” Wonho also said.

“I promise that we will go a long way together. Please always be happy! I love you,” he added. 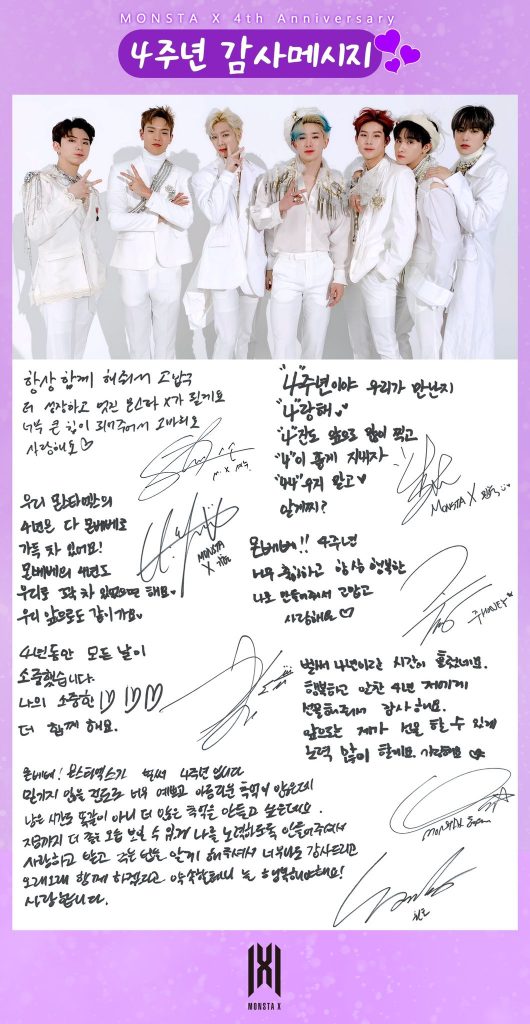 Meanwhile, Minhyuk showed his wits again by playing with words for his message, where he wrote lines that all started with the number four and is read as the Korean syllable “sa”.

“It has been four years since we met. I love you! We will take more pictures in the future. Let’s get along with a great relationship. Don’t fight,” he told fans, adding in a “Got it?” at the end, pertaining to his genius and creative wordplay.

“MONSTA X’s four years have been completely filled up with Monbebes! I hope that our Monbebe’s four years have also been filled to the brim with us. Let’s go forward together in the future,” Kihyun wrote for his message, which he filled with drawings of hearts.

“Four years have already passed. Thank you for giving me the gift of four fulfilling years filled with happiness. I will work hard so that I can give you more in the future. I love you,” Hyungwon also said, expressing his undying love for their fans.

“Monbebe! Congratulations for the four years and thank you for making me always happy. I love you!” Jooheon penned on his letter as well.

Finally, rapper I.M wrote, “All the days in these four years were precious to me. My precious loves, let’s be together for a longer time,” he wrote, replacing the word “loves” with a drawing of three hearts instead.

The group also posted a message written in English for their international Monbebes on Twitter, together with a photo of them during their debut.

“Four years ago, we became MONSTA X and our lives changed forever. It’s been an incredible journey so far, we can’t wait to celebrate many more anniversaries with you,” they wrote.

[#MONSTA_X]
Four years ago, we became MONSTA X and our lives changed forever.
It's been an incredible journey so far, we can't wait to celebrate many more anniversaries with you. #4YearswithMONSTAX pic.twitter.com/KaeomNbBvy