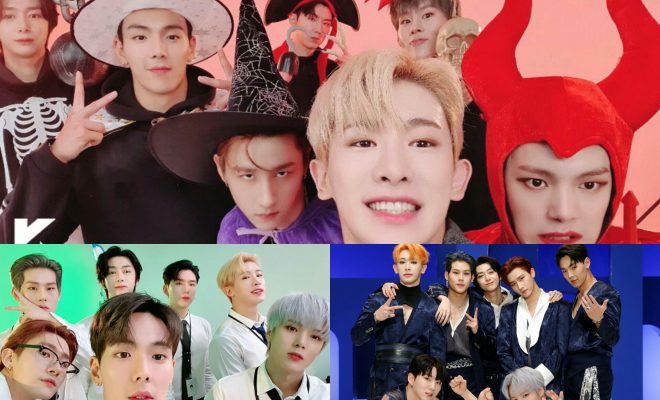 Photos from 1theK and M2

After their powerful comeback with “FOLLOW” last October 28, MONSTA X has gifted fans with tutorials on the fan chants and choreography of their latest track through these new videos! 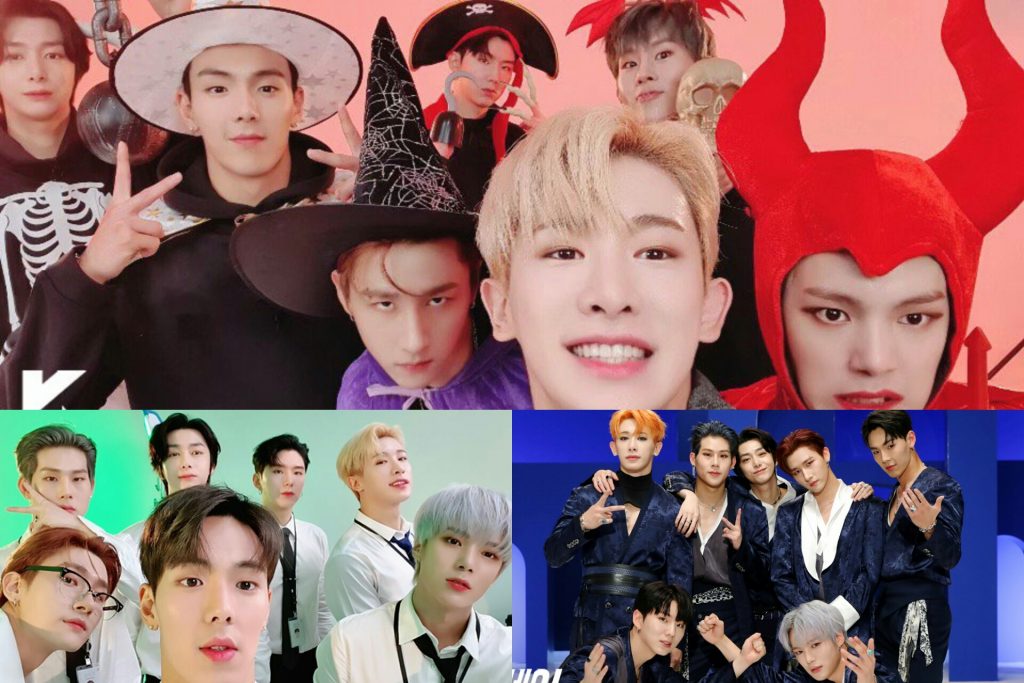 The boy group keeps more of the enjoyable content coming as they drop various treats for Monbebes to prep them up prior to their much-anticipated comeback stage on M! Countdown tomorrow, October 31.

Among these is the group’s maknae line and rappers Joohoney and I.M’s personal tutorial on doing the fan chant for their new mini-album Follow: Find You‘s title track “FOLLOW”.

On the same day, fans were also blessed with the relay dance video that the MONSTA X members prepared through 1theK. Just in time for Halloween, the group held their own trick-or-treat by sporting various costumes – other than their stage outfits for “FOLLOW”. While all of them had their turns dressed in office uniforms, each donned cute and creative costumes too, with Shownu wearing a witch outfit and Wonho dressed up as a wizard.

Minhyuk also gave his own quirky version of Maleficent, while Kihyun snagged his spot in our hearts as a cute pirate. Meanwhile, Hyungwon busted out his dance moves while wearing a skeleton costume as well.

Joohoney dressed as both the devil and Billy from the film Saw, and lastly, maknae I.M took his place as the second witch to win our hearts.

Another enjoyable relay dance video was released by Mnet’s M2 online on October 30, where the seven boys decked out their performance outfits and danced along to “FOLLOW” once again.

The septet earlier made their return with an intense music video for “FOLLOW”, along with a mini-album filled with eight solid tracks. Check out their comeback music video once again below:

We need your support! If you have enjoyed our work, consider to support us with a one-time or recurring donation from as low as US$5 to keep our site going! Donate securely below via Stripe, Paypal, Apple Pay or Google Wallet.
FacebookTwitter
SubscribeGoogleWhatsappPinterestDiggRedditStumbleuponVkWeiboPocketTumblrMailMeneameOdnoklassniki
Related ItemsFollowmonsta x
← Previous Story Start Your Dream Korea Vacation With A Tour At The Five Grand Palaces In Seoul
Next Story → CIX Celebrates 100th Day Since Debut With Sweet Messages And Fandom Name Announcement