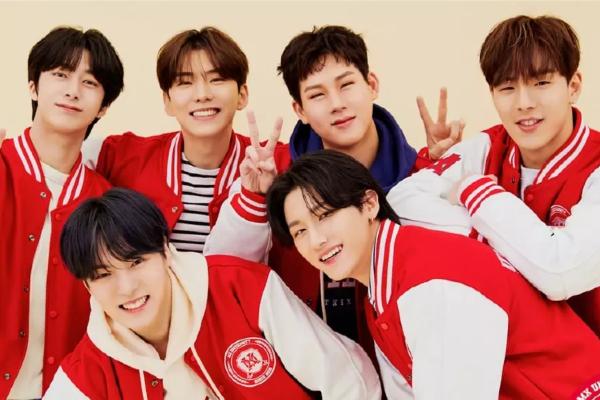 Let’s see how MONSTA X perfectly demonstrated their visuals in this behind-the-scenes video for the jacket album shoot!

MONSTA X has released behind-the-scenes footage of the jacket shoot for the 9th mini album One Of A Kind.

The video started with Minhyuk, Kihyun, Hyungwon, and I.M’s scene of playing games. It was interestingly fun seeing these charismatic young men falling into the arcade game, especially Shownu’s cute mistakes playing against the youngest I.M.

Then, the behind-the-scenes video featured the members’ endless handsome visuals, dressed in agent-like outfits. It was a wonderful picturesque as a handsome member stood next to a handsome one, then another handsome one, and another.

In particular, the main rapper Joohoney drew attention as he proved himself the best in communicating with fans. “This is the result of taking into consideration the style that MONBEBE liked so far,” he said.

On the last day of the shoot, the members wore neat tuxedos, creating a luxurious party atmosphere. The well-mannered young men did not lose their tension and quickly turned into pictorial geniuses as soon as the shoot started. Captivating global fans’ hearts, as well as all the staff, MONSTA X maintained its professionalism while having fun in between.

Meanwhile, MONSTA X had completed its two-week promotional activities for the 9th mini album One Of A Kind. Headlined by the title track “GAMBLER,” the versatile artists presented high-class performances that demonstrated their splendid talent as an all-rounder group.

MONSTA X will continue to communicate with fans through various content released through Mon Channel.